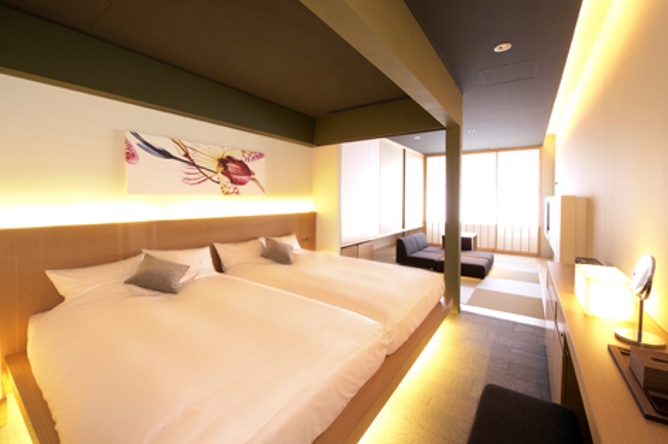 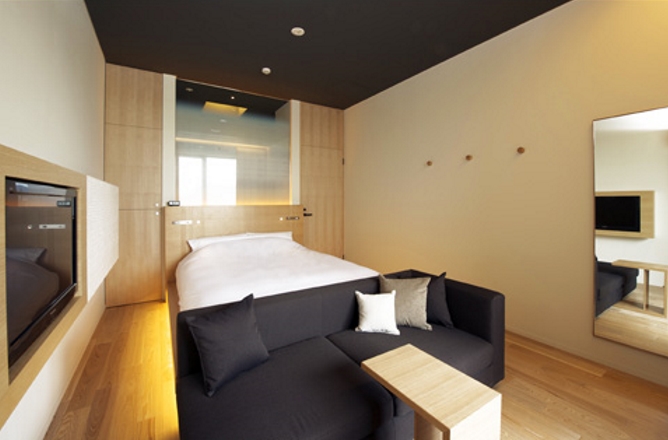 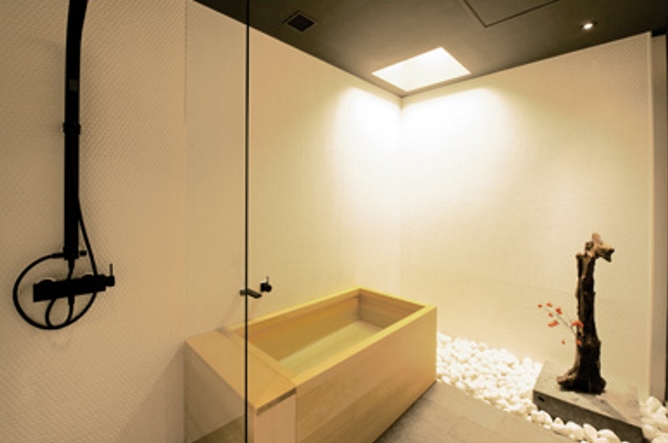 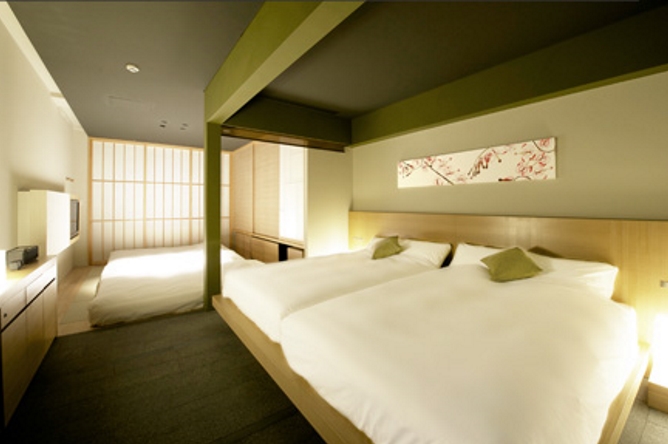 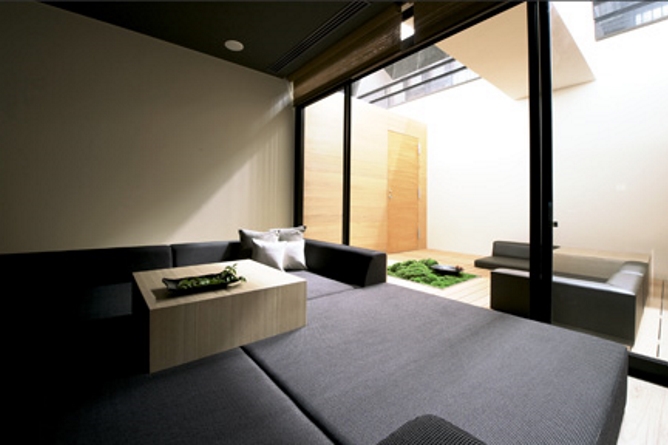 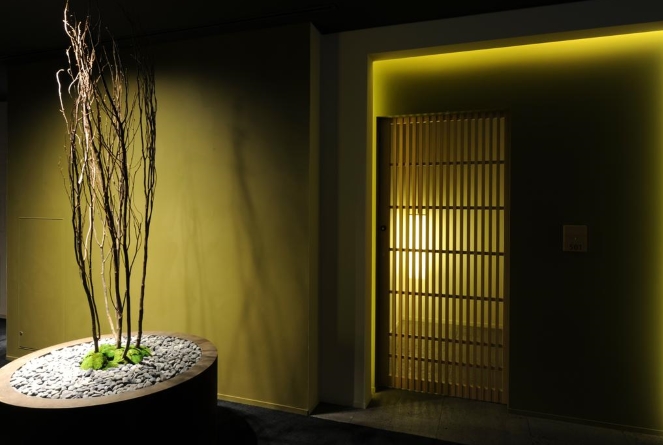 Lighting is a design focus 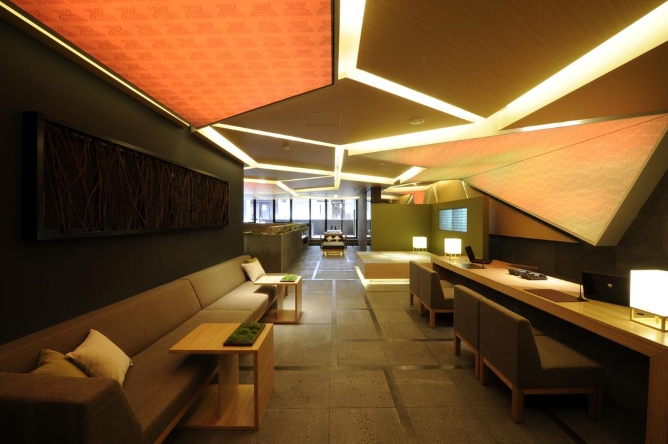 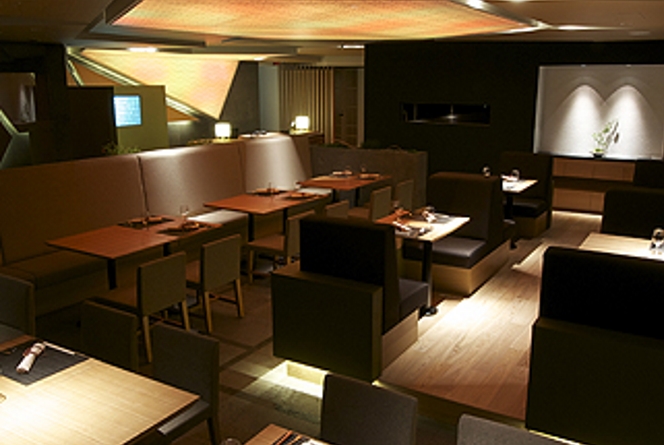 Located in a quiet neighbourhood of Kyoto, mid-way between the station and the city's historical centre, the Hotel Kanra may not be the most centrally located property we feature in the city, but with Gojo subway station a short walk away, the tourist sights are all easily accessible and the famous geisha neighbourhood of Gion is just a 30 minute stroll away.

Don’t let the hotel’s rather grey, nondescript exterior put you off; the interior is slick and contemporary with distinctive Japanese touches. The minimalist design is brought to life by Japanese artwork and clever lighting – the lights in the lobby for example, change according to the season and time of day. Incidentally the lobby aroma also changes according to the time of year: expect warming citrus smells as you arrive in winter and refreshing scents such as mint during warmer months.

Guest rooms are very spacious (in Japan hotel terms), with modern Japanese-style decor and furnishings in neutral colours. Again, thoughtful lighting and careful use of space shows an attention to detail. All rooms feature a Japanese cypress wood bathtub, as well as a separate shower; the larger rooms benefit from a small private terrace or courtyard garden.

Just as much thought has gone into the menu offered in the hotels’ on-site restaurant: with an emphasis on local Kyoto cuisine and seasonal herbs and vegetables which are grown in the rooftop garden.

Other hotels in the Kyoto region: