Bhutan is famous for its flamboyant festivals, known locally as Tsechus, which are typically held in honour of Guru Rinpoche, the most important Buddhist figure in Bhutanese history. These celebrations play a crucial role in preserving the kingdom’s rich culture and traditions.

In addition, and equally important, they are a social highlight for the Bhutanese, many of whom travel from remote rural villages for the opportunity to immerse themselves in Buddhist teachings and receive blessings: it’s believed that by attending a tshechu they gain merit.

As with festivals world-wide, tsechus are also an excellent opportunity to socialise with family and friends. There’s a holiday vibe, with people dressed to impress in their finest traditional attire, plenty of food sharing and catching up on the latest news.

Tsechus are typically held in the courtyard of the district dzong or monastery and involve a programme of Buddhist rituals and spiritually significant dances, performed predominantly by monks dressed in colourful costumes and papier mache masks. Each masked dance (chaam) has an underlying story, be it a moralistic drama, a dance to protect from harmful spirits, or a celebration of Buddhism, and is accompanied by music from traditional instruments. Many tsechus culminate in the annual unfurling of a giant, sacred thangkha – an embroidered painting that depicts a Buddhist deity or scene - which according to folklore washes away the sins of anyone who views it.

As you can imagine, experiencing a Bhutanese festival is a magical and unmatchable way of immersing yourself in local life and Bhutanese culture, so it’s well worth timing your visit to coincide with one. You’ll be warmly welcomed, especially if you make the effort to dress in traditional Bhutanese clothes! Don’t be shy: if you’re asked to join in the dancing then show a willingness to take part and simply follow the person in front. Whilst there’s a carnival vibe, this is no Glastonbury: these are religious events and it’s important to behave respectfully.

The Paro and Thimphu tsechus draw the biggest crowds of both local and foreign visitors, mainly due to their easily accessible location, but also because of the favourable weather conditions that can be expected in spring and autumn when they take place. Early booking is highly recommended. 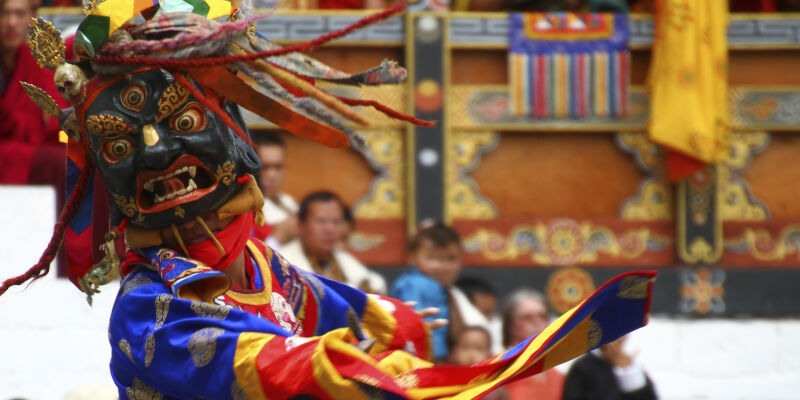 The Punakha Drubchen is a celebration of an important 17th century battle in which invading Tibetan forces were defeated and driven from the country; a victory that lead to the unification of Bhutan. The highlight of the festival is a spectacular re-enactment of this battle through dances performed by local men dressed in traditional warrior gear. Following on from the Drubchen, the Punakha Tsechu honours Guru Rinpoche with three days of masked dancing and reading of Buddhist scripts, and culminates in the unfurling of a giant cloth thangkha. Both festivals are held in the courtyard of Punakha Dzong, arguably the most impressive dzong in the country. 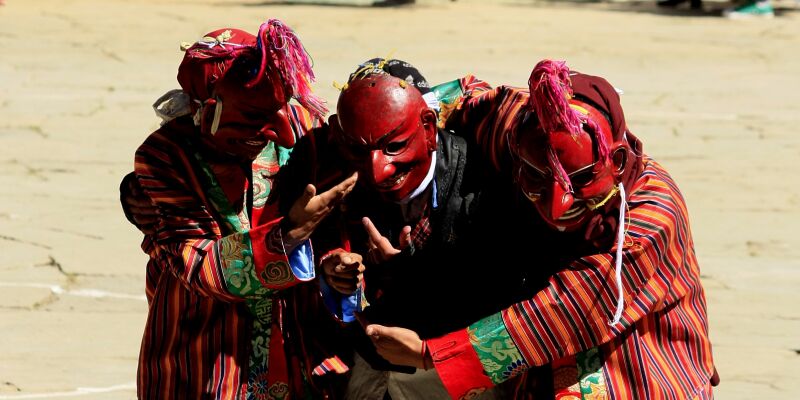 Considered to be the most spectacular and most popular annual festival in Bhutan, and certainly one of the liveliest, Paro Tsechu is held over five days in and around Paro Dzong. Masked monks and laymen in brightly coloured costumes perform traditional dances and songs; atsara wearing comical masks with phallic red noses (essentially, Bhutanese clowns) entertain a sizeable crowd of onlookers. On the final day of the tsechu, the unveiling of the huge silk thangkha – the most sacred in Bhutan - occurs before dawn to ensure it’s not damaged by sunlight. 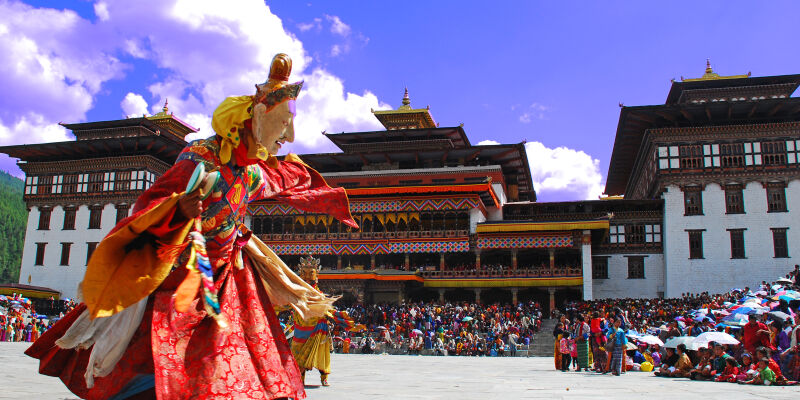 The Thimphu Tsechu is a riot of dance, noise and colour with an attendance to rival the Paro Tsechu. Many locals from neighbouring districts travel to the capital to celebrate, socialise, receive blessings and generally immerse themselves in festival fever. There’s a carnival air to the capital, and when the performances finish at the Trashi Chhoe Dzong, festival goers head downtown where the roads are closed to traffic and stalls selling clothing and food line the streets. 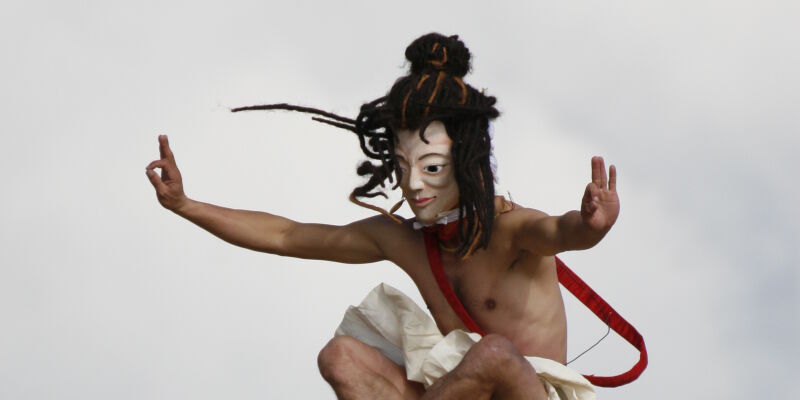 One of the most interesting and unique Bhutanese festivals, the Jambay Lhakhang Drup is held over four days at the 7th century Jampey Lhakhang temple in the valley of Bumthang. Celebrations kick off with a naked fire dance at midnight in the temple courtyard, designed to drive away evil spirits and purify onlookers. Another fire-related highlight is the mewang, where pilgrims are encouraged to pass under a burning arch of pine wood to cleanse away their sins and bless infertile women. 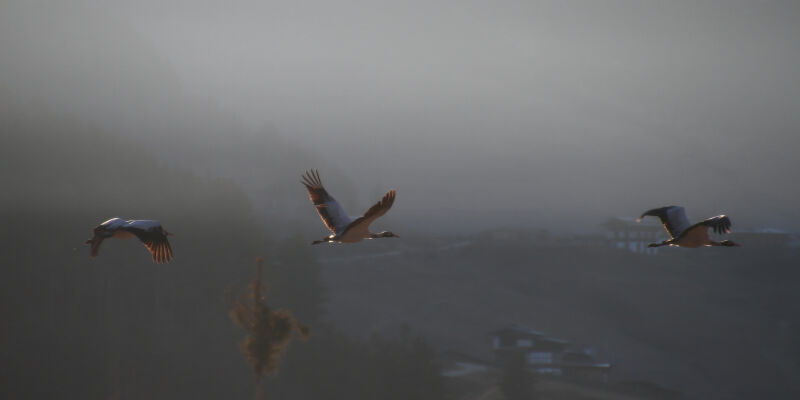 A fun festival with a conservation focus. The Black-Necked Crane festival takes place in the courtyard of Gangtey Goemba to coincide with the annual arrival of these endangered birds to the Phobjikha Valley. Expect masked ‘crane’ dances and environmental themed songs typically performed by local school children. The festival’s primary purpose is to highlight the importance of conserving the cranes and preserve the surrounding region.

Festival dates change each year according to the Buddhist Lunar Calendar - one of our Bhutan Specialists will be happy to advise you on specific dates and how best to incorporate your chosen festival into your Bhutan journey).