How to get the best out of diving in Asia

From Indonesia’s island-dotted seas and celebrated sites off Thailand’s idyllic coasts, to more unusual descents into the temperate waters around Japan, there’s no question that Asia offers some of the finest diving in the world. With so many options, it can be hard to know where to begin! Luckily, our Destination Specialist Stephen (a keen diver and trained instructor) is on hand to explain how to get the best from a diving holiday in Asia. 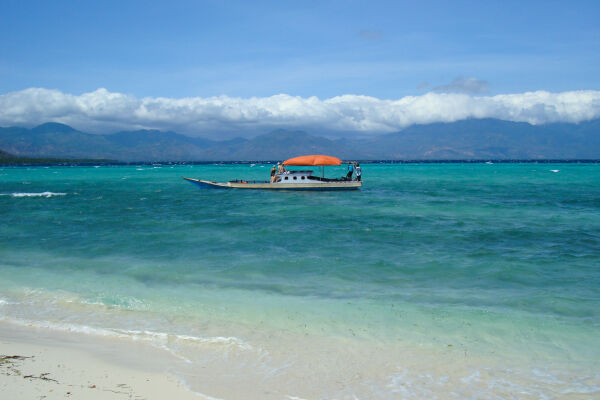 Through all the diving experiences I’ve had, I keep coming back to Indonesia. There’s such a wide variety of aquatic life to see, from larger pelagic animals (those that live in the mid-region of the ocean, rather than seabed or reefs, like sharks and sunfish), to the weird little critters that make you stare in wonder at how they ever came to be! Indonesia has a real mixture of creatures and environments, and it offers something for everyone, whether you’re going on your hundredth dive or your first. It’s a really satisfying place to dive for all ability levels.

What advice would you give to someone who wants to try diving in Asia, but hasn’t dived before? 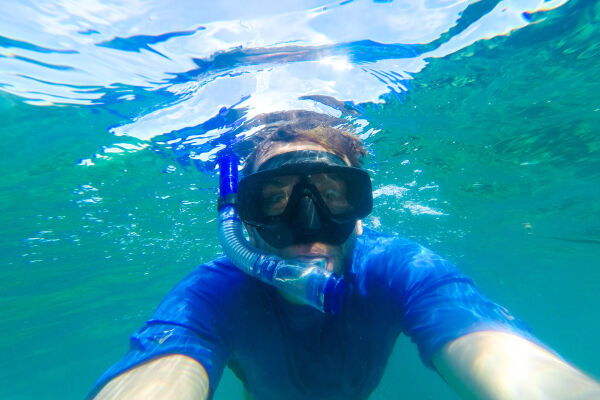 If you’re not already dive trained, it’s worth weighing up your options in advance. You can learn to dive from scratch in resorts throughout Asia, but the initial qualifications always include a fair bit of theory study, which might not be how you want to use your holiday time. One of our clients recently chose to complete the theory and pool-based side of his dive training before travelling, then did the open water dives at the dedicated Komodo Resort. While these initial dives are fairly basic, they mean you can get straight out onto the ocean and look for those bucket list creatures, rather than having to worry about spending days in a classroom during your holiday.

Certain destinations offer fantastic diving for experienced divers, but are more limited for beginners, and vice versa. Trying a bit of diving before you travel, and doing as much research as you can, will give you a good idea of the kind of diving that you enjoy; then you can plan your holiday around the best locations for those kinds of dives. Most destinations cater for all ability levels, but it’s worth understanding your own level and preferences as clearly as possible, to get the best from your experience.

What qualifications and training do you need to dive in Asia? 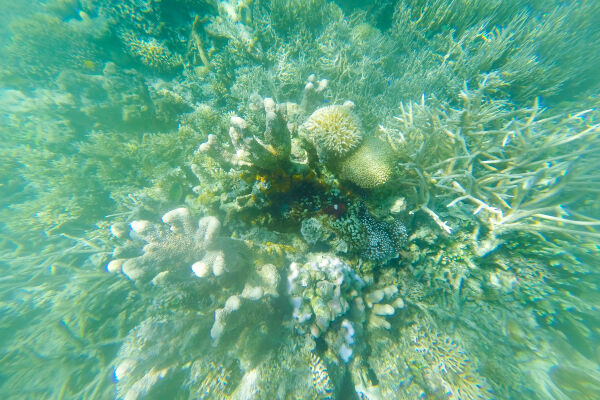 There are quite a few different dive qualifications and courses available, so it’s important to know what’s what. In the UK, the most common qualifications are PADI (Professional Association of Diving Instructors), which are universally recognised and can be used anywhere. There’s also BSAC (British Sub-Aqua Club), which is UK only, but if you’ve got BSAC qualifications they will usually be recognised as being worth the equivalent PADI level. Basically, as long as you’ve learnt to dive and can demonstrate your qualifications and proficiency, you’ll be fine. If you’re looking to build on your qualifications while diving in Asia, or are starting from scratch, it’ll be the PADI pathway you go down.

Where are the best beginner dives in Asia? 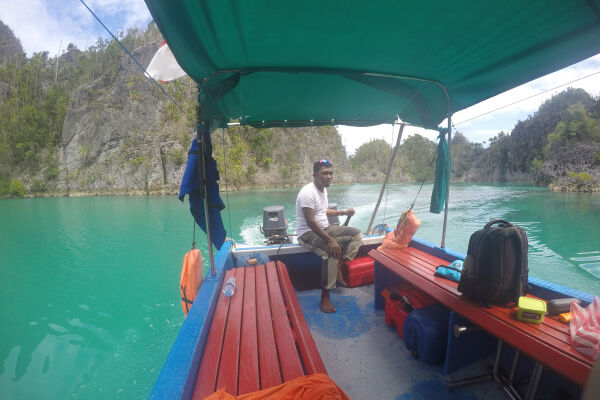 Thailand and Indonesia both offer some great beginners’ dives, and it usually just comes down to your priorities and what you want to see. It can be tricky to narrow down the bucket list of creatures and dive environments, but doing so allows you to target your trip for the best chance of finding your faves, whether that’s manta rays, whale sharks or something a bit more unusual. For slightly more off-piste options, take a look at Bohol in the Philippines, and more experienced divers will find wreck diving around Sri Lanka’s coast.

Most first-time divers want to see the big hitters - rays, turtles, sharks etc - but the weird and wonderful little ones you find close to shore are just as worth searching for, and can be easy for beginners to get close to. Personally, I really love pygmy seahorses, which you can find around shallow reefs in Indonesia - they’re absolutely tiny, no bigger than my little finger nail. Trying to spot them on your own can be tricky, as they’re so well camouflaged against the coral, but when your dive master points one out, you’ll suddenly see loads. When you’re just starting out diving, every aspect is sensory overload, so it’s going to be exciting whatever you see!

What season is best for diving in Asia? 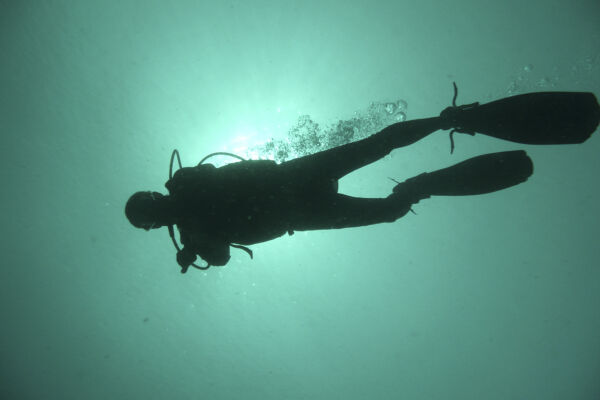 The weather and time of year - the winds and rougher seas that come with monsoon season, for example - makes a big difference to where you can dive and what kind of experience you’ll have. When I learned to dive in Thailand, it was May, and the visibility wasn’t good due to heavy rain runoff which was stirring up the water. On the other hand, I’ve been diving in Indonesia in March, when the visibility was great but there wasn’t as much fish life to see, as it was too early in the season and the water was cooler. As the summer months go on and the water warms up, you generally get wider variety and proliferation of fish life.

What about diving in Asia as a family? Can the kids get involved? 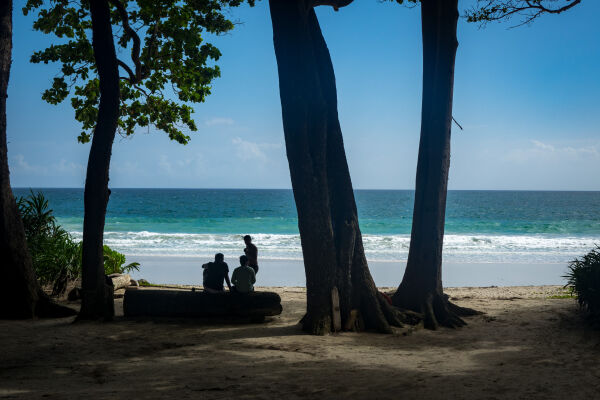 The minimum age for diving in the open water is usually about 10 years old, and obviously they must have strong swimming ability. There are some dive resorts in Asia with activities aimed specifically at kids, but these are often pool based. For most youngsters, it’s very much a case of snorkelling close to shore, which, to be honest, is always loads of fun and can be pretty spectacular. Take a look at these snorkelling sites around Bali for inspiration. If you’re travelling with kids and want to dive yourself, most resorts have coordinated kids clubs where the children can have fun onshore while you head off for a morning’s diving.

Where are the best up and coming dive spots in Asia? It’s not so much places that are up and coming in themselves, but more ones that’ve been there for years and are now getting more attention. North Sulawesi is one - it’s renowned for ‘muck diving’, due to the volcanic sands and darker waters which are home to some really unique and wonderful creatures, like frogfish and urchins, and is a really special place to dive.

Raja Ampat has long been known as a bit of a dream destination for seasoned divers. Now it’s becoming more popular with general travellers, and more boats are going out, so diving is getting a higher profile. That said, getting there is still a bit more of a mission than many destinations, so it remains blissfully remote, and is well worth the effort, as the diving is remarkable. Stay on a boat or on land, dive in the extraordinary coastal waters, and mix in land-based wildlife watching to catch sight of the region’s spectacular Birds of Paradise.

Should I book dives in advance?

That really depends on how flexible you can be. Many dedicated diving resorts in Asia offer packages which help you plan for the cost and frequency of your dives, especially those that have their own dive centre attached. For example, if you know you’ve got 5 days available and want to do as many dives as possible, it can make sense to get those booked in advance, so you’re sure you’ll get as many dives in as you can. On the other hand, if you just want the option of diving, you can leave a few days free and book your dives once you’re there.

In Sipadan, off the coast of Borneo, you need a permit to dive, and it’s usually necessary to book a certain number of nights in order to guarantee that permit. That’s unusual, though, and in most places, you can take things a bit easier and book the dives as you wish to do them.

What are the most spectacular things you’ve seen diving in Asia? 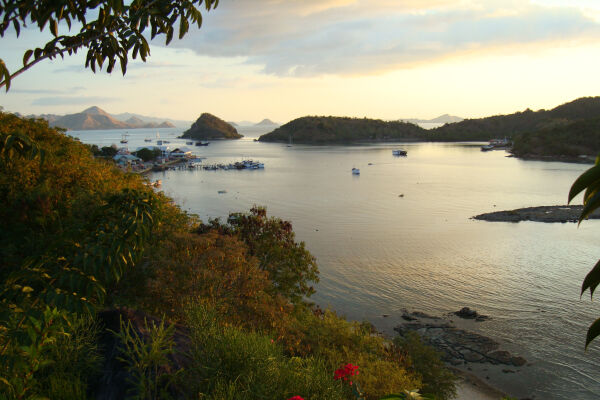 Definitely sea moths - those creatures are unbelievable! They’re in the Pegasidae family, which is named after the winged horse in Greek mythology, and with their wide, wing-like fins and dragon-like snout, they genuinely look like mythical creatures themselves. And those pygmy seahorses, of course.

I’ve been lucky enough to see quite a few manta ray and whale sharks over the years, and though it’s the smaller, more unusual ones that I tend to get excited about now, I’d always recommend seeing these large creatures at least once - those first encounters are always breathtaking.

Read about Ed's experience of snorkelling with giant manta rays in his recent travel journal...