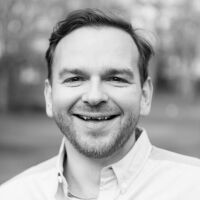 'This is quite a different type of experience from what many of our clients are used to in that it’s an entire week on a shared boat. Before you recoil in horror, there was no pressure to socialise (everyone was lovely anyway), it was a genuinely amazing experience, and we were able to get out to locations that it’s almost impossible to reach by any other means.

It’s not your run-of-the-mill cruise boat, either, but a beautiful converted wooden phinisi - a traditional Indonesian sailing barge. Broad of beam with flat wooden decks, these boats have plenty of space for relaxation - ours was equipped with sun-loungers and big sofas where you could sit back and gaze out at the fantastic sunsets and sunrises, which were some of the most spectacular I’ve ever seen (and that’s saying something!).

I started in Bali, where I met my fellow passengers for breakfast before heading off to the jetty to board the boat. It was a bit choppy crossing the Lombok Strait, a voyage which, incidentally, also takes you across the Wallace Line, from the Asiatic to Australasian ecoregions. But it wasn’t too bad, and our lovely crew told us that this first stretch is always the choppiest part of the cruise. They were right - from thereon out, it was all smooth sailing.

Well, I say sailing; conditions were so smooth that there wasn’t a lot of wind, so we only got the sails up once. Although this might disappoint the eager sailors amongst you, for me it meant a week of placid sunny cruising, with the sound of waves plishing gently against the bows as we puttered slowly between the islands.

One of the best aspects of the cruise is that instead of, say, using an entire day of your Indonesia holiday to head out to Komodo or Rinca to see Komodo Dragons, you’ll wake up just offshore, see them after breakfast, then spend the rest of the morning snorkelling with oceanic rays before it’s time for lunch.

Is Komodo Island closed to tourists?

Some of you may have read about the Indonesian government’s proposal to close Komodo Island to tourism for a year in order to let the dragon population build its numbers. This has caused some confusion, because many people are under the impression that Komodo is the only place to see the dragons. They are, however, just as numerous on the nearby island of Rinca, and there are a couple of other places to see them too. As with any wildlife experience, luck plays a part in whether or not the creatures you want to see will make an appearance, but luck can be improved by a good guide - not to mention sneaking up early on a boat before anyone else arrives.

My fellow travellers were a mix of generations and nationalities, and included an English family with older kids, a Singaporean-American couple with their adult kids, and a German couple who barely spoke any English, so they didn’t do much socialising but very much enjoyed themselves nonetheless. We ate around a large shared table, but it was easy to find your own space. In fact, the only issue I had with sharing was when we were offered a super rare opportunity to go spotting for whale sharks, at a secret site recently discovered by our partners who operate the cruise, but one lady wanted to do the scheduled village visit instead -- so I didn’t get to see whale sharks. They only visit the site during a dark moon phase, so cannot be guaranteed on an itinerary, and I was a bit gutted that we couldn’t seize such a rare opportunity when it arose.

Nevertheless, I can’t complain! I had many extraordinary experiences during the trip. We swam and paddle-boarded in volcanic lakes, woke up next to incredible deserted beaches, and of course saw the Komodo Dragons in all their glory. In particular, we were lucky enough to snorkel with oceanic manta rays. We knew where they were likely to be, so we were in the area when they were spotted. We hopped in the water and snorkelled above them, both us and the rays carried by a warm current. Little effort was required in the paddling department, and it felt more like flying than swimming.

The rays were absolutely enormous - breathtakingly so, with around 6 metre wingspans. To begin with, they were quite far below us, but the current flowed towards a reef where the water grew shallow, and the rays came further up. I was out in front, swimming above the leader, who was the biggest -- the size of a small lounge - with me at ceiling height above. Everything was so quiet and peaceful, and I definitely had “a moment”. It was incredible.

One of our guides was an expert free-diver, so good that he also works as a safety diver for the free-diving World Championships. He was swimming right down amongst the rays, which was an impressive sight.

Our crew was amazing, loving all the experiences themselves and excited about doing things each day, even though they do them all the time! They were from all over Indonesia, and although their levels of English varied, our guides spoke great English so I was able to have good chats with them, and they were perfectly happy to show me the galley and the crew quarters.

Speaking of the galley, the food was excellent, with a really good level of choice of eight or nine buffet style dishes for each meal, including vegetarian, fish and meat options, from a range of cuisines. It’s not fine dining and your satisfaction will depend somewhat on your expectations, but the other guests seemed very happy with it all. I thought it was great, and was very impressed, especially considering where we were and what we were doing.

The boat itself was very comfortable, with good mattresses and an en-suite bathroom with a Western style loo. You do have to navigate steep staircases between decks, and ceilings are low -- no problem for those of us unencumbered by excess height, but Selective Asia’s 6’5” founder Nick might’ve felt a little cramped. The cabins aren’t soundproofed, so as well as the water lapping against the boat we could hear the engine at night as we travelled between destinations, and the anchor being weighed on early-morning arrivals at those idyllic beaches. If this is your first time on board a yacht you might need to brace yourself for the realities of life at sea, but considering what it allows you to do, I think that most Selective Asia fans will absolutely love this trip.'