Birding in Bhutan: bird watching in the Happiest Country on Earth 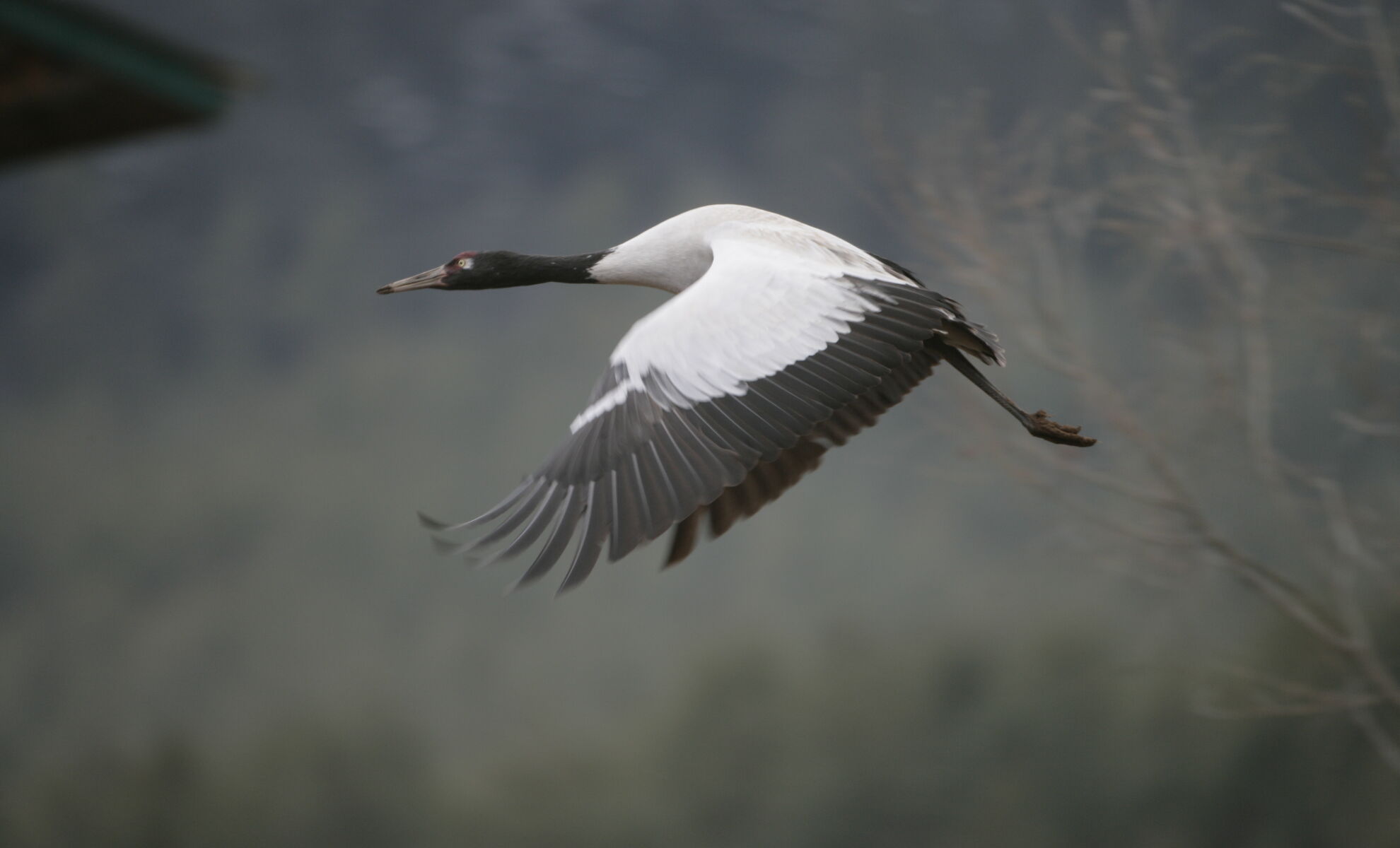 Whether you’re a keen birder or new to the pastime, a Bhutan bird watching holiday gives you a fresh perspective on this quiet country’s rich wildlife wonderland. Peppering your holiday in Bhutan with unique birding opportunities is a great way to see the landscape from a new angle, and gives you the chance to experience some of Bhutan’s best festivals, as many take place during the height of bird watching season.

Why go bird watching in Bhutan?

Bhutan’s mile upon mile of rolling, forested hills give way to high altitudes, grassy plains, mountain peaks, sub-tropical jungle, fertile wetlands and winding rivers that provide diverse habitats for hundreds of different birds, including the globally threatened White-Bellied Heron, Black-Necked Crane and Pallas's Fish Eagle, and over 600 other migratory and native species. The gentle rise and fall of the landscape means that these varied habitats are relatively easily accessible, and fantastic bird watching opportunities are just as likely on impromptu stops by the side of the road as when wandering along the country’s ancient footpaths. Intrepid birders can take their experience up a notch with more adventurous wanders into higher altitudes or remote lowland landscapes. It is, truly, a birdwatcher’s paradise.

Bhutan’s flagship conservation organisation, the RSPN, leads the way in protecting the revered Black-Necked Cranes. They work closely with local communities to balance the area's wetland farming economy with the birds’ foraging and roosting needs. Their pioneering initiatives include promoting eco-friendly solar lighting in homes, and persuading the government to bury new power lines underground. Visitors to the Phobjikha Valley can learn about their work at the Black-Necked Crane Conservation Centre, and if you visit in November, the elaborate Black-Necked Crane Festival celebrating these magnificent birds will be in full swing.

When is the best time to go bird watching in Bhutan?

Between March and May, and from September to November, are the best times to go birding in Bhutan, as these are the periods when many indigenous birds are at peak activity, and when most migratory species make an appearance. Although there are always opportunities to see birds throughout the year, the Spring and Autumn months are when the weather is mildest and driest - ideal for spending days in the great wide open looking for flashes of fluttering wings.

March to May - Spring birds

Spring is prime bird watching season in Bhutan, when native species emerge into more accessible areas and sightings are frequent. The forests of the eastern Himalayas fill with birdsong, and native rhododendron trees, orchids and other diverse flora burst into life. Rhododendron season in Bhutan has been likened to Japan’s famous cherry blossom flurries, as thousands of these elaborate flowering trees erupt with blooms in dozens of shades from velvety scarlet to soft pink. It attracts many visitors each year to walk through the country’s botanical parks, over carpets of vibrantly-hued petals. Among the blooms and surrounding forests, keen ornithologists can spot woodpeckers, swallows, finches and pheasants, including endemic varieties such as the rather wonderfully-named Bhutan Laughingthrush, Beautiful Nuthatch, and the rare Ward’s Trojan.

Plan your trip to coincide with the Rhododendron Festival, which takes place each April at Lamperi Botanical Garden near Thimphu, to celebrate these beautiful blooms and promote the area’s eco-tourism initiatives.

The critically-endangered White-Bellied Heron can be spotted most easily around riverbanks and lake shores from March to June (and again from September to November), as they are fairly reclusive species during rest of the year. Head down to the banks of the Mo Chhu and Pho Chhu rivers in Punakha for the chance to catch sight of these beautiful, rare birds, as well as kingfishers, dippers, wagtails, and waders, perhaps even a nesting Ibisbill or impressive Pallas’s Fish Eagle. Visit in early March to combine quiet moments spotting Bhutan’s beautiful water birds with the celebratory atmosphere of Punakha’s famous Drubchen and Tshechu festivals, where the flamboyant dance and music displays begin to thaw the frosty winter chill.

If you’re visiting Bhutan during the summer months and are keen to see some of the country’s diverse birdlife, the monsoon season’s inevitable rains might not dampen your spirits too much! There is birdlife to be seen during the summer months, especially in sub-tropical and wetland regions such as the Phobjikha Valley, although you may have to be more patient to see it. If you are planning a summer bird spotting trip to Bhutan, June may be the best month to aim for, as many of the country’s iconic springtime species are still active. Between rainy downpours, the air fills with the distinctive calls of cuckoos, the swish of swifts’ wings and flashes of colour from green bee-eaters, blue flycatchers, Yellow-Rumped Honeyguide and the monochrome-striped Beautiful Nuthatch.

Visitors to Paro in July can make the most of drier days by wandering along the river looking out for bird life, and journey two hours west to discover more about Bhutan’s traditional nomadic culture at the fascinating Haa Summer Festival.

Between October and February, flocks of Black-Necked Cranes swoop down into Phobjikha Valley, their elegant wings folding softly as they strut confidently around their protected winter home. These iconic, monochrome birds cut a dashing sight against the soft green and dusty reds of the valley, and hold a sacred place in Buddhism where they are seen as harbingers of good luck. Each November, to coincide with their arrival, the Black-Necked Crane Festival is held to raise awareness of this threatened species and celebrate its place in Bhutanese culture. Follow the Gangtey Nature Trail into the heart of the valley at sunrise or sunset to watch these magnificent birds take flight.

The Bhutan Bird Festival takes place annually each October or November, in Tingtibi, Zhemgang (just 40km or so from Trongsa), and is a focal point for the region’s birding community. The area is especially rich in avian life, and home to hundreds of bird species, including the critically endangered White-Bellied Heron and all four species of native hornbill. Keen ornithologists can take part in a ‘birdathon’ to photograph and identify as many species as possible in the area and keep track of local migration patterns, and you can take trips down the river in search of rare sightings.

Any other Bhutan birding tips?

As the expression (almost) goes, the early bird catches the, er, birds! Whenever you visit, and whatever you’re hoping to see, expect to be up with the lark each morning to see the best of the birdlife. Get in touch with our Bhutan Specialists to get the ball rolling on your birding holiday to Bhutan.