There’s something about the ritual of saying goodbye to the past and welcoming the future which makes New Year a universally special celebration. It’s an opportunity to reminisce on the shape of the last year; the highlights and low points, the comings and goings, and ultimately (whether you wish you could re-live every moment or are glad to see the back of it) it is a chance to formally close one chapter and celebrate the possibilities of the next.

Although some places in Asia celebrate New Year as in the West on January 1st, many of our destinations celebrate at Chinese New Year, or on another date altogether. My personal favourite is the tradition of marking the end of the dry season as the start of a new year, when the much-needed rain finally begins to fall in mid-April; the symbolism of the water cleansing the land in time for a new beginning is familiar and appealing. Here are six of our favourite New Year celebrations throughout Asia.

If you are planning to be in Asia on December 31st, there are several destinations that welcome in the Gregorian New Year with the usual long, loud all-night parties. The bigger cities are the obvious destinations for full-on spectacle when midnight strikes; Bangkok’s metropolitan skyline erupts with fireworks, and you can see the fireworks which light-up Singapore’s famous waterfront from many vantage-points for free.

As you would imagine, Bali’s ‘party capital’ reputation means you can see in 2017 in true Bali-style, on a tropical beach with a cocktail in hand, and Tokyo’s ultra-modern, cool culture (where not much excuse is needed for a celebration) has embraced Western New Year traditions wholeheartedly. (31st Dec)

If you are in Japan, it’s well worth looking beyond the party-centric city celebrations to experience some of the country’s own ‘Jan 1st’ traditions. Hatsuhinode is the Japanese custom of watching the first sunrise of the year with a clear view of the horizon, particularly from hilltops or waterfronts, and has been observed (albeit on different dates), for hundreds of years.

The act of watching the first dawn seems so optimistic; a statement of intent to be present and alert throughout the coming year. There are some excellent viewpoints in Tokyo, where you can be sure you’ll be in good company (and can also be out of the cold with a mug of something warm, or a glass of bubbly!), or you can get serious and join an expedition to the summit of Mount Fuji to observe the first Goraiko. (1st Jan) 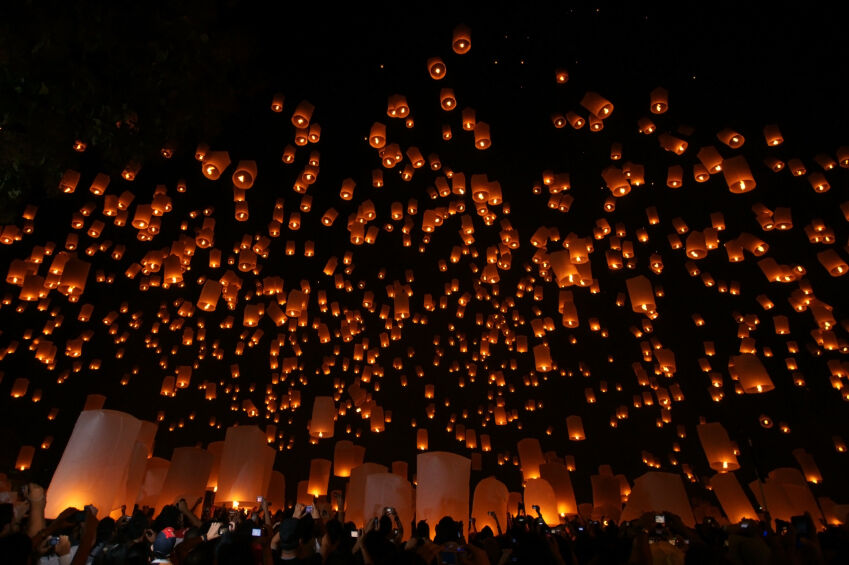 Three destinations which celebrate New Year in line with the Chinese Lunar calendar are Vietnam, Malaysia and parts of Thailand. In 2017, this falls early, on January 28th, and there is often a week or so of festivities surrounding the actual day so it is worth arriving beforehand if you want to get involved. Bangkok has one of the largest Chinatown districts in South-East Asia, which gives you an idea of the enormity of the celebrations. Red and gold lanterns line the streets for good luck as giant dragon puppets dance through the crowds, and the streets are full of performers, musicians and revellers. Staying right in the city centre means that you won’t miss a moment.

Many parts of Malaysia also celebrate Lunar New Year, or Spring Festival, in line with the Chinese calendar. This is considered a time to open your house to family and friends, avoid speaking about troublesome topics, and gift money to encourage a prosperous year ahead. The streets and malls of Kuala Lumpur are transformed into a haze of lucky red and gold, and the temples of Penang Island glow neon with thousands of fairy-lights.

Still on the same date, but with slightly different traditions, is the Vietnamese festival of Tet Nguyen Dan. This lasts for a whole week, beginning with the cleaning of homes to start the New Year afresh and ending with parades and fireworks. Each year, Ho Chi Minh city hosts a spectacular floral celebration known as ‘Flower Street’ where thousands of colourful blooms are arranged to form over 700 metres of intricate images and symbols. (Jan 26th – Feb 1st 2017)

A day of silent contemplation 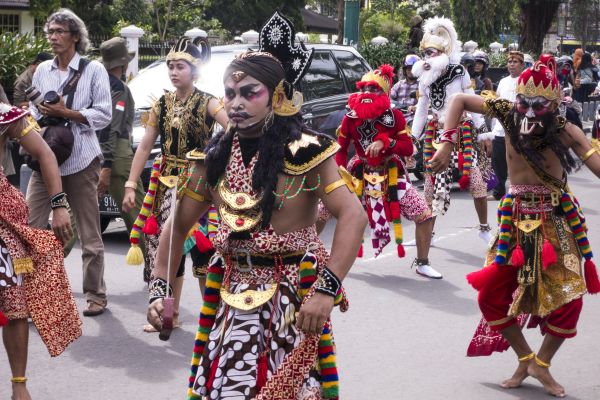 Though the more tourism-centred areas of Bali celebrate extravagantly on December 31st, the official Balinese New Year celebration in March is a more peaceful affair. Nyepi is unique to the island, and turns a usually bustling destination into an eerie ghost-town: everyone is silent for a day, there is no traffic on the roads, and people mostly stay indoors.

You might think this sounds very inconvenient, and perhaps best avoided by visitors, but it is certainly something worth being part of at least once if only to experience the otherwise rarely-achievable state of true silence. It’s not all quiet contemplation though – the ‘before the silence’ celebrations which take place on Nyepi Eve include colourful parades, twirling parasols, noise to drive away evil spirits. (28th March 2017)

The end of the harvest 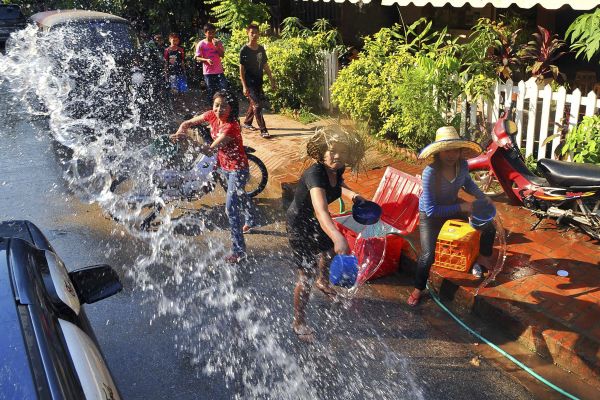 Aluth Avurudda, or Sinhalese New Year, is celebrated throughout Sri Lanka and coincides with the end of the harvest. This seems like such a natural time to celebrate: the crops have been safely gathered, food is plentiful for feasting and the ground is about to be ploughed to begin the process of growth all over again.

Many New Year customs in Asia have similar roots and overlapping rituals, and Cambodia has a similar celebration in mid-April when the streets come to life with families and friends playing traditional Khmer games, sharing sticky-sweet kralan cake and giving gifts of fruit or money. Watch out for the custom of Sraung Preah where a mixture of chalk and water is poured onto ‘elders’ in the hope of bringing good luck! 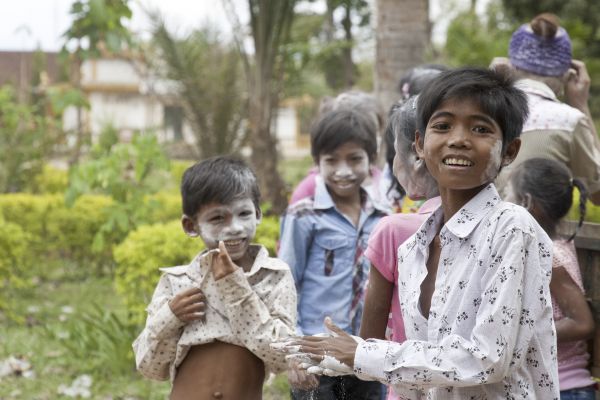 Sharing sweet food, playing games, cleaning houses, and ‘purifying’ with oil or water seem to crop up in several countries, but in some places the water element takes centre stage. The festivals of Thingyan in Myanmar, Songkran in Thailand and Pi Mai Lao in Laos, all of which fall around April 13th, have evolved from the gentle pouring-on of water into full-blown, giant water fights in the streets, complete with teams wielding water pistols and hoses. If you visit any of these places on these dates, be prepared for a soaking! (April)

Indonesia has a majority Muslim population, so the festivals in the Islamic calendar are widely celebrated, including Muharram (Islamic New Year). Lasting for a month and beginning on the first day of the Islamic calendar (which differs each year), the festivities are characterised by periods of quiet reflection interspersed with celebration days which include processions of light, singing, dance and drumming.

In Western Sumatra there is a localised custom of Tabuik linked to Muharram, which sees the whole population of the island watch a grand parade wend its way towards the sea. Though more sedate and contemplative than some of the elaborate New Year traditions described above, the mood of optimism for a fresh start during Muharram is infectious and, in today’s relentlessly rushing world, it can be so refreshing to have space to simply stop and think.  (September 2017)

Do you fancy taking part in some of these events? Have a look at our 'when to go' pages to find out when festivals are taking place in Asia this year.