Selective Asia's Sarah recently visited the island of Naoshima - also known as Art Island - which lies south-east of Hiroshima in Japan's Inland Sea. A creative individual herself, Sarah was fascinated by the island's outdoor sculptures, large scale installations and impressive gallery spaces. She wrote home about her experience... 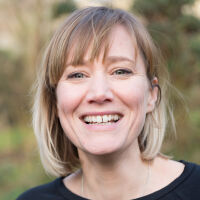 'We were travelling from Shikoku, the large island south of Naoshima, and had stayed the night before in Takamatsu, the harbour town where you catch the boat north to Naoshima (if travelling from Honshu, you board the ferry at Uno).

After an evening of nice dining and watching the incredible orange sun setting over the islands from our Takamatsu hotel room, we set out next morning to find the gardens at Ritsurin before taking the ferry to Naoshima. Turned out it was only two stops away on the train, and we were met with one of the most beautiful and serene places I’ve ever been.

We arrived so early that the light was absolutely stunning as it shone through the leaves, and there were only a few people up and about, enjoying the tranquility of the gardens. We walked past the lotus pond to the lily garden - a pond full of purple and white lilies, and another inhabited by many turtles. There was a river filled with bright, orange and white koi carp, and a solitary crane sunning his wings by the man-made waterfall, which cascaded into another pond. A kind local made sure we took the path to the best view in the whole park, looking across the ponds and greenery to the mountains beyond.

All this and it was just after breakfast time! We hopped back on the train to get our things and board the boat in time for our second treat of the day, although 'treat' hardly does it justice. In glorious sunshine we sat looking at the hazy islands in the distance, with Takamatsu retreating into the haze and Naoshima appearing ahead of us. We weren't quite sure what to expect, but knew we were in for something special.

Our boat came around the island into Myanoura port, where even before disembarking you are treated to a view of Japanese pop artist Yayaoi Kusama’s Red Pumpkin (Akakabocha) and a stunning white structure looking beautiful against the blue sky. We were extremely fortunate to be staying at the Benesse House Hotel - not least because we had access to the hotel bus, which we could leave our luggage on while we hired electric bikes from the port office and went off on our adventure. (If you're just going for the day, there are luggage lockers at the port).

After a quick look at the map, we decided to head across the island to the Honmura Art House Project Area, a small village and port. The houses here were built over 400 years ago, and the project involves the restoration of vacant properties by artists who transform them into artworks.

Thank goodness for the electric bikes - Naoshima is extremely hilly! It was a lot of fun zooming about, and as we neared the top of the hill coming into the Honmura area we were met with the intriguing sight of the first of the art houses, Haisha by Shinro Ohtake, which used to belong to a dentist.

There are six art houses, and each different, with a nod to the previous owner and purpose of the property. We parked up and took it all in, spying through a window at the back a replica of the Statue of Liberty before we entered – shoes off! Our ticket gave us entry to all six houses, and we were instructed that no photography was allowed. This was partly disappointing, partly an absolute blessing, since it allows you to be completely present in absorbing the experience instead of worrying about which was going to be the best shot to share on instabrag (come on, we’re all guilty of it!).

The next house, Minamidera, had architecture by Tadao Ando and housed a light installation by American artist James Turrell. Celebrated Japanese architect Tadao Ando designed the major galleries on Naoshima, along with Benesse House - all beautiful minimalist structures constructed with huge cool slabs of concrete.

The map is a little misleading in terms of scale - everything is much closer than it looks on paper - and we managed to get a little lost, but soon found our way, wandering up a tree-lined path to take in the third property on our trail, Go’o Shrine by Hiroshi Sugimoto. Heading back down a stairway under a Shinto gate, we found my favourite of the houses, Kadoya, by Tatsuo Miyajima, an intriguing pool of LED numbers blinking up through the water, the pace of each set by an island resident.

The Ando museum is also in this area, but we decided to give that a miss to save time. The last two houses are near the port, which is filled with pretty fishing boats – strangely reminiscent of a Cornish fishing harbour. The last two houses were Gokaisho, built where a gathering place for go players once stood, and Ishibashi, once home of a family who prospered in the salt making business. The house was restored as a gallery for Hiroshi Senju’s artworks – huge abstract paintings inspired by gardens and the Seto Inland Sea.

We cycled on around the island to find some lunch - there are a few restaurants and cafes dotted around Naoshima, but we found that many of them close between 2 and 5pm. Fortunately we found a place by the beach which sold a pretty basic but tasty bowl of noodles. As our lunch went down we took a stroll along the beach towards the Benesse House area of the island, with the ‘yellow pumpkin’ sitting majestically on a jetty out to sea. This area is restricted and you can only take bikes in if you are guests at the hotel. We checked in to one of the nicest hotel rooms I’ve ever stayed in (think Scandi minimalist chic), with its small balcony overlooking the garden and sea beyond.

Back on to our bikes, we headed round to the Lee Ufan Museum – a collaboration between Ando and artist Lee Ufan, which the guide book describes as ‘a tranquil space where art, architecture and nature come in resonance with each other, inviting quiet contemplation’! We were very fortunate to be visiting when there were very few other guests, so we certainly got the tranquillity. The magnitude of the architecture, set against the surrounding trees and very blue sky, is indeed quite awe inspiring. You enter across an installation with a towering concrete pole, a stone, and a steel plate... and around a corner down a corridor of Ando’s signature concrete walls, which is very reminiscent of a Bond villain's lair.

The museum houses several rooms of Lee Ufan’s work, ranging from some fantastic abstract paintings to an intriguing installation of film projected on to the shadow of a stone. For me, though, the absolute highlight of the island was the Chi Chu museum, which is found at the top of the hill. You wind up the hill past a lovely little garden of flowers and on into the huge museum, which is built into the island. When seen from above you can see the shapes of the rooms – triangular and oblong buildings. Due to the way you are guided through the building, you turn corners into breathtaking views of huge polished concrete walls at peculiar angles against the blue blue sky.

Museum staff quietly and gently instruct you when you need to remove shoes, and we took in the mesmerizing atmosphere. In the first room (shoes off for the mosaic floor) we were stunned by the enormous Monets on each wall, before we turned the corner to be confronted by a huge ball in the centre of the next room. It was kind of like a strange sci-fi knight's castle, and I'm not sure I liked the way it looked, but the initial impact was breathtaking, and it was wicked to walk up the steps and get close to the ball. The next room - shoes off, two people at a time - was a James Turrell light installation, with a guide to tell you how to walk up the step into the 'screen' to watch the lights change, which was disorientating and strange.

The other light installation is an after hours experience, and wasn’t on when we were there, but it's in an open air room and the lights interact with the setting sun, which sounds quite incredible. Instead, we headed back down the hill for some yummy ramen in one of the little restaurants outside of the Benesse area – we passed on the hotel restaurants, as we decided we weren’t bothered about a posh meal. There are charming installations all over the island which you catch a glimpse of as you cycle past, but we took a car from the hotel to the Benesse House museum, which of all the museums was the least exciting, although still worth a look. We were then treated to the most Bond-like experience of all, with a trip on the tiny monorail up to the Oval site for a drink in the bar.

The next day - it rained! Breakfast was excellent, and although we checked out some more free-standing installations the rain made it much easier for us to leave, as had the sun been shining we would've lingered far longer. The ferry to Uno is just a short trip, and connects by train to Hiroshima, Himeji and Osaka.'

How to get to Naoshima:

Naoshima is easily reached by train & ferry from Hiroshima, Osaka or Kyoto as well as making a nice stop when crossing between the major islands of Shikoku (Takamatsu Port) and the main island of Honshu (Uno Port).

How to get around Naoshima:

Bike, e-bike or car hire is easily arranged on the island (best at main Miyanoura Port or Honmura Port) although during the Setouchi Triennale Art Festival availability will be challenged.

Selective Asia can arrange for you to tour some of Naoshima's key sites and galleries accompanied by a renowned art curator, who has worked for the globally famous Setouchi Triennale Art Festival.