The rhinos of Nepal

A friend of mine was surprised to learn that rhinos can still be seen in the wild at all - ‘I thought they were nearly extinct!’. Certainly sport hunting, poaching and habitat loss have taken a huge toll, and much rhino-focused news seems to be of their decline. So it felt good to discover that some rhino species are staging a comeback 1, thanks to concerted conservation initiatives which prioritise habitat and combat poaching.

The Greater One-Horned Rhino, which was hunted almost to extinction 2 in the 19th century, has done especially well. Nepal’s well-managed rhino population has been growing by around 5.6% year on year 3, and we were delighted to find them living happily in Chitwan National Park, 100 miles south-west of Kathmandu. Chitwan, once a favourite hunting ground amongst the global aristocracy, was officially protected in 1970 and became a UNESCO World Heritage Site in 1984.

The designations went a long way to ensure the habitat’s security, but the rhino population recovery is largely thanks to co-operation between Nepal’s military and anti-poaching patrols. When the protection dipped for a while, poaching boomed, so these patrols now remain ultra vigilant. Chitwan’s rhinos have become so populous, in fact, that human guests are practically guaranteed a sighting. One of our Nepal Specialists, Claire, paid a visit recently: 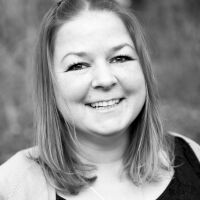 ‘We saw eight rhino grazing in the grassland - big grey shapes that emerge from the bushes as the jeep draws closer. Very exciting! They really do look armoured. Having so many in the park means the chances of spotting them are really high. The first time I went, I took a guided walk through the jungle. It’s hard to describe the exhilaration as I watched a rhino drinking from a lake, just 10 steps away! We walked around the trees to get slightly closer (?!) and could hear her chewing the grass. Chitwan is a magical place, with an abundance of other creatures alongside these enormous beasts…’

Chitwan is also home to leopards, and Bengal tigers, although these are much harder to spot. When you explore here, it’s always under supervision of a naturalist or ranger who will know how to recognise the telltale signs of hidden wildlife, but even so your chances of seeing a tiger are slim - nevertheless, it’s a relief to know they’re still there.

Far more common sightings include elephants, crocodiles, monkeys, otters, antelope, clouds of exotic butterflies, an extraordinary abundance of birds... and the rhinos, which is something I’m surprised to be writing, after my lifetime of unhappy news regarding their decline, but there it is.

Greater One-Horned Rhinos are the second largest rhino species, standing at around two metres high and weighing the same as six grand pianos, although their bulk doesn’t slow them down - their top speed is 25mph. They eat up to 183 species of plant (take note, pandas) and have a prehensile upper lip, which helps them gather food. They especially love to swim and wallow, with groups of this normally solitary creature gathering in muddy areas for a good old social squelch.

Our preferred way to see Chitwan’s rhinos is on foot or by jeep safari. Elephant-back safaris still take place, but Asia-wide concern for elephants' welfare means a growing number of operators no longer offer them. Selective Asia supports this policy, offering walking and jeep safaris as a more responsible alternative.

We particularly love the rhino-spotting elephant walks offered by Tiger Tops Tharu Lodge, the elephant camp in Chitwan that we work with. Guests follow an experienced naturalist through the jungle on foot alongside the elephants, who outrank rhinos in the hierarchy; with elephants as bodyguards, you get right up to rhinos, at ground level, with nothing in between you and them. It’s a legitimately thrilling encounter, and the walks also let you observe the elephants interacting with their habitat (and its other inhabitants) in a natural way.

Back at the elephant camp, you can stay over in luxury safari tents next door to the elephants’ paddock. There’s nothing quite like waking up to the sound of animals munching in the next field, and contented elephant noises make for a particularly delightful alarm clock.

Speak to one of our Nepal Specialists on +44 (0)1273 670 001, or send us your enquiry. For more details on our wildlife policy, and here to learn more about rhinos for World Rhino Day on September 22nd.