by Guest author on 6th September 2018

‘It’s just like Thailand was 20 years ago’ is a bit of a travel industry meme, used to introduce up & coming parts of Asia which feel remote and unchanged. Places where tradition is integral to daily life, whose character feels truly distinct, and where global culture hasn’t overwhelmed the local quirks.

We get what they’re saying, but the phrase implies that Thailand is no longer like this, which simply isn’t true. Sure, some areas have changed dramatically over the last few decades, but huge parts of it haven’t. The Thai tourism takes active care to avoid the impact of overtourism, and even in the better-known destinations we’re endlessly amazed by the country’s ability to reinvent itself.

So if you’re looking for a place with the fresh-yet-timeless feel of Thailand 20 years ago, the best place to find it is still, well, Thailand. Radical, we know, but there it is… 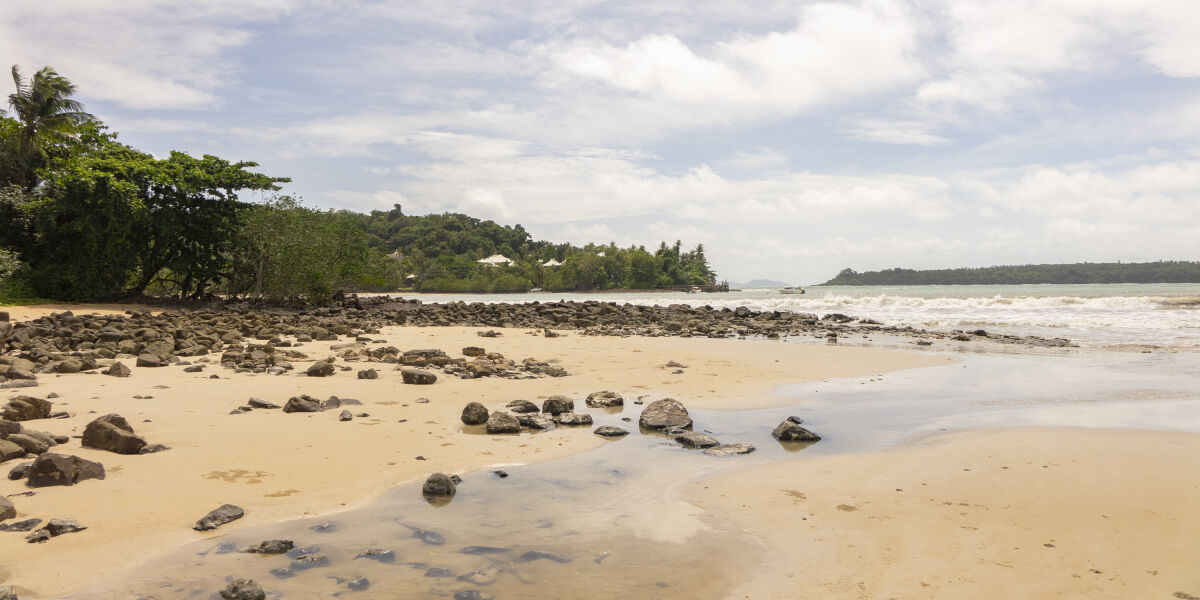 The near-impossible perfection of Thailand’s islands is as tempting now as it has always been. They speak to the core of what many city-dwellers crave: golden sands glimmering under an electric blue sky, reflected in transparent, crystal seas. We easily imagine ourselves sitting on the shore, in the shade of a palm, or cooling off in the shallow waters as our cares drift away into the waves… idyllic.

To enjoy your sandy idyll without sharing it with many other people, turn to the islands of Koh Chang Marine National Park. Although the uber-luxury is turned down a notch compared to celebrities like Phuket and Koh Samui, this is where you’ll find that shoreline of your dreams. Koh Chang itself is within easy reach of Bangkok, and caters for the full range of energy levels, from buzzing beach bars and top-class seafood restaurants to secluded corners and secluded waterfalls. Dive or snorkel in the clear waters around the coast, share freshly barbecued shrimp with the local fishermen, and end the day with a Singha beer on the shore at sunset.

At the very laid-back end of the scale is Koh Mak, a tiny slice of the extremely good life, and the kind of place that devotees keep going back to. It’s by no means deserted, having a handful of top-class resorts and a vibrant local population, but those long beaches are clear and calm. Pick your villa resort, breathe deep, and settle into a sabbatical from the everyday. For even further seclusion, just kayak across the narrow strait to even tinier Koh Kham to snorkel in the shallows... 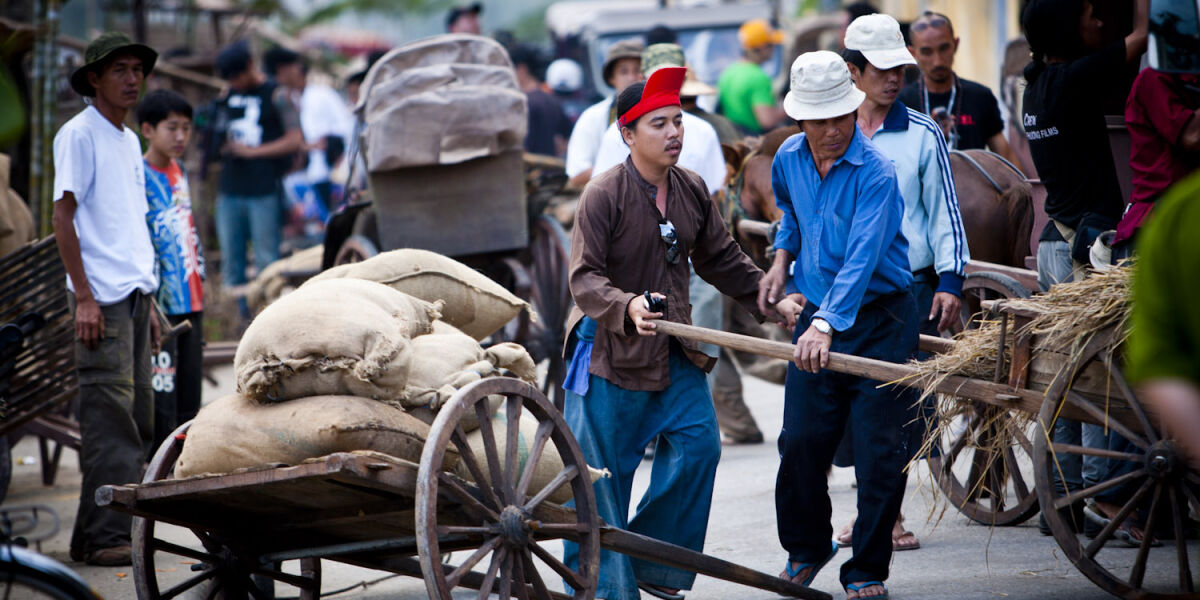 There’s something magical about harbour towns. Perhaps it’s their inherent connection to far off places; the way they look beyond their borders, and the cultural diversity that occurs from trade and travel. Or maybe it’s just the enduring romance of watching the evening lights twinkle on the water.

Previously known as ‘the Chinatown of Chantaburi’ (it was founded by Chinese and Vietnamese immigrants over 300 years ago) the Chanthaboon Waterfront Community is a historic area fronted by a ramshackle collection of stilt-houses, which seem to hang precariously over the water. A warm and welcoming light emanates from their asymmetrical windows, making coppery ripples in the reflections below.

Behind the houses, the gilded spire of a Buddhist temple rises beside a Chinese shrine and a Catholic cathedral, adding context to the jumble of buildings below. It’s a place where stereotypes are subverted, and traditions mixed; rundown, Colonial-era mansions sit between well-loved, simple homes. Head down a side street to buy freshly made pastries and egg-cakes, and wander amidst collections of pride-and-joy motorbikes lined up under a rainbow of sun-faded, fluttering bunting.

Thailand’s port towns are often only glimpsed en route to the islands, but are well worth pausing in. Surat Thani, known as the gateway to Koh Samui and Koh Tao, has had a bit of a ‘rough and ready’ reputation in the past, but this bustling port has a wealth of riverfront bars and restaurants to explore, as well as a variety of day trips, giving you the chance to dip your toes into many aspects of the area’s culture in one visit. Take a longboat on the Tapi river into the plentiful delta of tropical flowers and giant reeds, explore the unusual wooden carvings at Wat Sai, or just wander between the characterful bakeries and restaurants and try a selection of spicy southern Thai dishes. 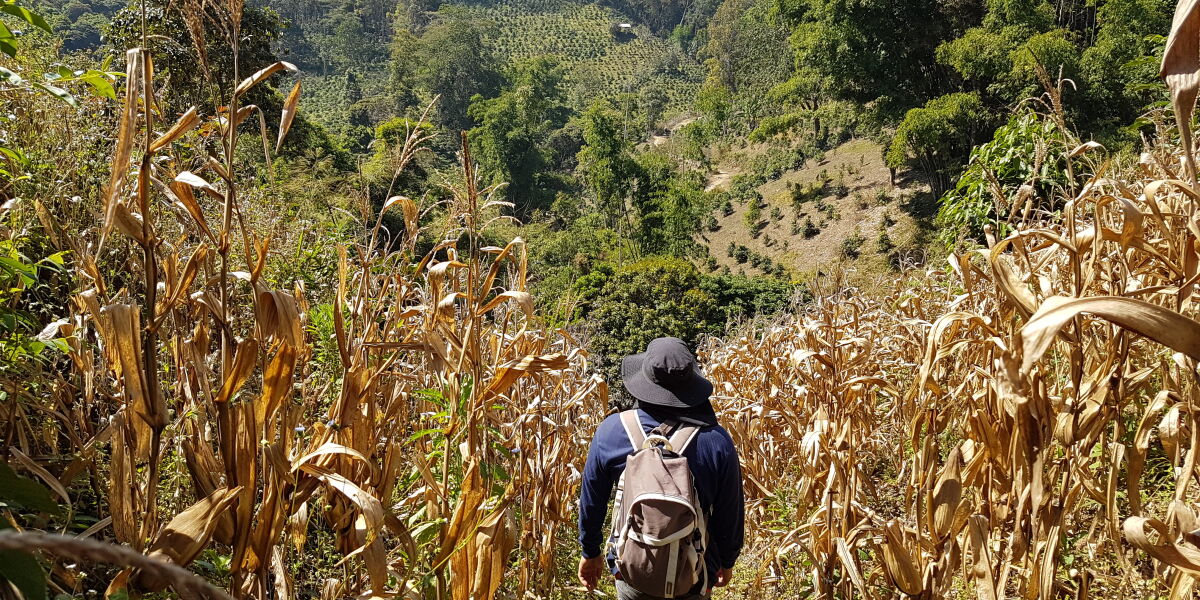 The landscape of northern Thailand is open and green with sudden peaks, and fields of crops which unfurl gently towards temples, markets, and the purposeful buzz of rural towns. It’s a place that’s found balance: life has moved forward – supermarkets and banks mingle with markets and tradition in the town centres – but very much on the region’s own terms, never losing touch with its distinctive heritage. There’s a sense of solidarity, of a bigger picture that transcends trends, and a resilience to relentless modernisation.

While the remote Golden Triangle provinces of Chiang Rai and its bustling sister Chiang Mai have found their place on the traveller’s trail, there are areas only slightly further out which remain relatively unknown.

Our Destination Specialists Kate and Tash recently returned from a northern Thailand tour, and brought back some serious enthusiasm to fuel our growing crush on the town of Fang. We loved Fang so much that we dedicated a whole blog post as our personal love-letter to this little-known gem - you can find it here.

Chiang Kham, just an hour away from Chiang Rai, is notable for its balance of individuality and fuss-free openness, which lets travellers discover a wealth of Thai Lue culture. As soon as you step out of the car, you’ll feel the freshness in the air and the fertility of the land. Watch traditional weavers create the distinctive, traditional fabric - bold colours woven on dark backgrounds - used to make the local costume, and discover a heritage of hearty, healthy food (not many ‘made-for-farang’ restaurants here).

This agricultural landscape is punctuated with wats, their gleaming golden spires and ornate statues tempting you inside to explore. You’ll also find a former home of the famed Emerald Buddha, ruins covered with the sprawling roots of one of the largest bodhi trees ever known, and tranquil corners in echoing teak temples. Knowing a few Thai phrases will go a long way, and cycling and trekking are the best ways to get around. 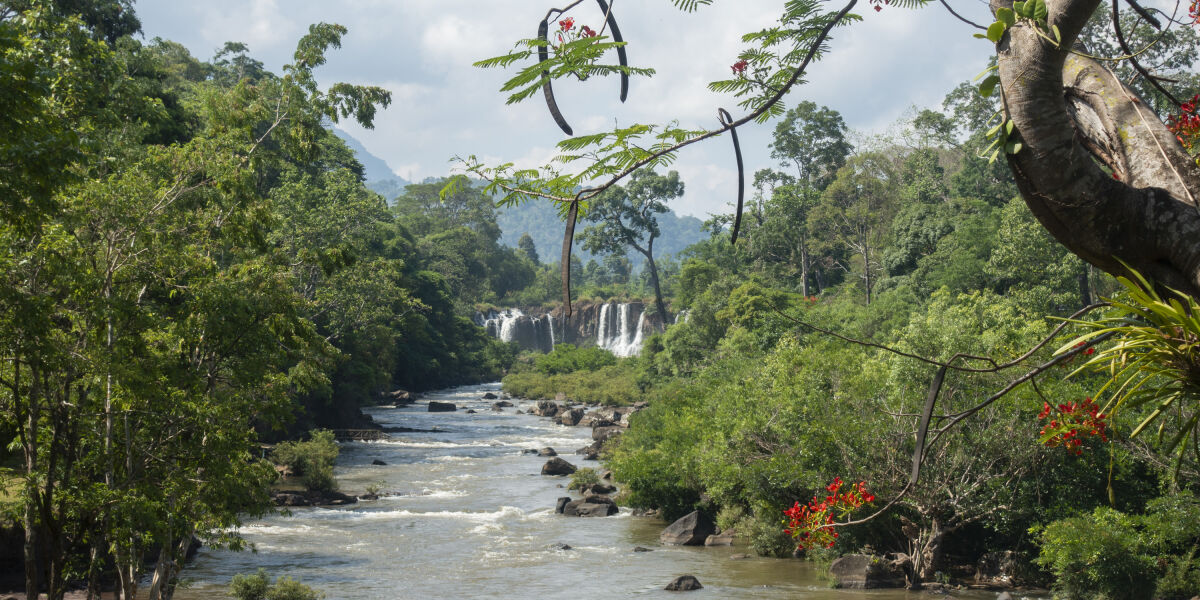 Isaan is an enigma: how has this vibrant, fascinating and vast region stayed so stalwartly off the mainstream traveller’s trail? In many ways, it feels quite different from the rest of Thailand, with distinct cultural markers and a flat, agricultural landscape. International tourism has barely touched the region, and the Isaan dialect is distinct from the main Thai language. This region is a well-discussed national secret, and Thai residents from across the country come to spend time in the peace and beauty of a magical, ‘same-but-different’ environment.

The majestic Mekong and other rivers wind through the flat fields of this landlocked area, creating lakes and waterways to explore. Linger around Udon Thani (one of the region’s biggest towns, and gateway to Laos) to discover ancient history and natural wonders. Float out to the middle of the Red Lotus Sea in the early hours to get the best view of thousands of hot pink blooms which stretch to the horizon, and visit Phu Foi Lom eco-park to wander between the vibrant floral displays. Gaze at the snowy expanses of the salt fields and discover how this incredible inland industry was born, before enjoying a rock salt scrub at a spa. Immerse yourself in the archaeological gravitas of Ban Chiang, known for its unique fiery-red pottery, and as one of the most significant prehistoric sites in South-East Asia.

Head a little further south to explore the bustling markets of Khon Kaen and take the chance to witness the architectural magnificence of the town’s historic temples, including the golden spire of Phrathat Kham Kaen, and the extraordinary sight of Wat Thung Setthi’s unique architecture reflected in its wide, surrounding pools. Venture south-west to Chaiyaphum to see the natural monoliths standing sentinel against the mountainside, or sit peacefully in woodland listening to the rush of the waterfalls at Tat Ton National Park.

Over in the west of the country, to the south of Sukhothai, Khamphaeng Phet sits in a timeless bubble. Despite its proximity to the country’s historic former capital city, this province remains off the radar to many, but to those in the know is one of the richest areas in Thailand for historic and archaeological wonders.

Once the strategic stronghold of the country - its name means ‘walls as strong as diamonds’ - many of Khamphaeng Phet’s ruined fortifications are located within the UNESCO World Heritage listed Historical Park. Few tourists visit, so you’re left to cycle or wander freely between the atmospheric ruins (no ropes or fences), imagining them in their former glory.

Trek through the prehistoric landscape of Mae Wong National Park to spot rare birds such as the Rufous-necked Hornbill and the regal Grey Peacock-Pheasant, soak in the (reputedly) luck-infused waters of Phra Ruang Hot Springs, and amble through the night markets, taking in the mouth-watering aromas of freshly cooked streetfood.

Thailand is so rich and diverse, with a heady blend of ancient traditions and modern innovations to experience, that although global travellers have been returning year after year for many decades, most have only scratched the surface of this extraordinary country. Think you’ve ‘done’ Thailand? Step sideways, see things from a fresh angle, and fall in love with it all over again...