Borneo wildlife: looking beyond the orang-utan

The critically endangered orangutan has become the poster-child for vulnerable species in Borneo, but when asked to explain why its habitat should be protected, many people struggle for logical reasons. We looked to some of Borneo's other species for the answer...

Borneo’s biodiversity (the number of different living species in a given area) is the stuff of legend. The island provides ideal conditions for life to thrive. It’s given its residents just the right level of challenge (shifting temperatures and fluctuating rainfall, but no extreme disasters) to encourage them to diversify into thousands of different species, as they adapt to make the best of a range of conditions.

Another legendary fact about Borneo is that, despite their sheer strength in numbers, many of its species are being pushed towards extinction by human activities1. Deforestation for palm oil is the most famous of these, but the truth is complex - a mix of clearing rainforest to harvest timber and make space for oil palm, pine, eucalyptus and coffee plantations, overhunting for bushmeat, and demand for wild animals. One in five Indonesian households keep pet birds2, and there is still a huge call for for wild animal parts to use in medicine and display as status symbols. According to the Economist, an interest in eating wild meat is growing amongst younger affluent Asians3, perhaps inspired by the foraging trend in foodie circles.

Big brands are working to make palm oil production sustainable4 (palms yield more oil per acre than most other oil crops5, so it’s a worthy goal), but there is still a great deal of confusion, apathy and conflicting priorities amongst consumers.

A poster-child for the wild

In their efforts to protect vulnerable habitats, conservationists often turn to a highly recognisable attention-grabber. In Borneo, the orangutan usually wins this starring role with its russet fur, intelligent eyes, critically endangered status and unsettling similarity to humans.

It does make sense to pin your ad campaign onto a star. Cute intelligent mammals do attract both funding and wildlife tourists who can offer landowners and locals a profitable motive to preserve habitat. However, heartstring-tugging can sidestep the question that harder hearts need answered: ‘why should we protect these organisms at all?’. Especially when rarity can make them all the more valuable.

Why is biodiversity important anyway, and for goodness sake can I please just buy a tube of toothpaste and get on with my life without two hours of ethics research first?

The answer to the second question is 'yes'. To answer the first, and in the interests of diversity, we’d like to introduce our alternative top three of Borneo’s other vulnerable species… 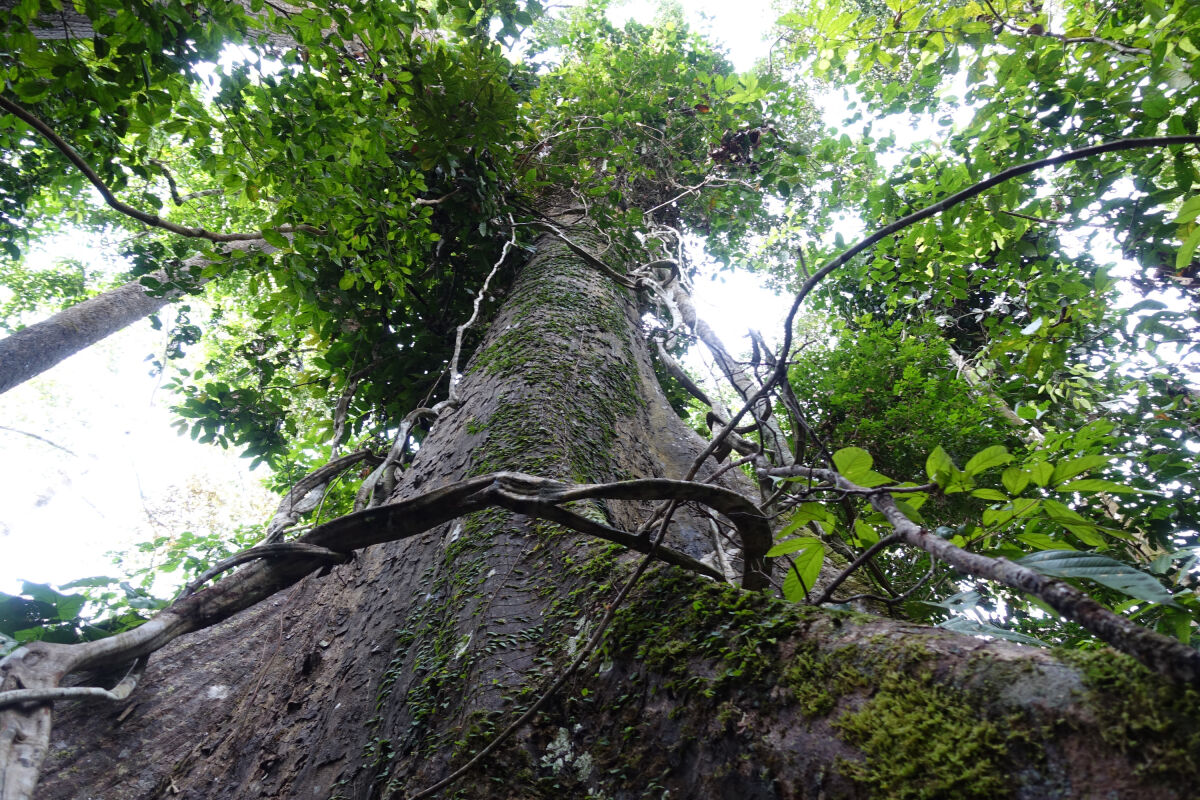 While the average vox-popper may struggle for logical reasons to protect cute critters, it’s hard to avoid the fact that trees are worth protecting because they enable us to breathe.

Tropical forests aren’t just nice to look at and full of insects that you probably wouldn’t want crawling up your leg. They also ‘breathe in’ carbon dioxide and ‘breathe out’ oxygen. (A carbon dioxide molecule is made of a carbon atom connected to two oxygen atoms. A plant breaks that connection, keeps the carbon atom as part of its structure, and releases the oxygen atoms back into the atmosphere, as a ‘waste’ product which we happen to find rather useful.)

The Borneo Ironwood might not be a household name like the orangutan, but it’s big in the tree world, and not just because it can grow up to half a kilometre tall. This slow growing relative of the avocado can live for 1,000 years, providing fruit for foraging animals, support for smaller plants, and homes for thousands of creatures.

Seen from a carpenter’s point of view, the Ironwood becomes a victim of its own success. Its timber is one of the hardest and most durable in the world6, yet famously easy to work. It’s naturally lustrous, and has antifungal and anti-pest properties, not to mention a nice lemony scent.

The problem lies in the tree’s slow growth rate - it’s not quickly replaced once chopped down - and a scarcity of seeds. Because it’s not considered to be a viable plantation crop in its own right, loggers harvest wild trees instead. The Ironwood is sacred to local tribes, and exports are officially banned in some parts of Borneo, but demand and logging continue. As a result, the venerable Ironwood enjoys the dubious honour of ‘vulnerable’ status. 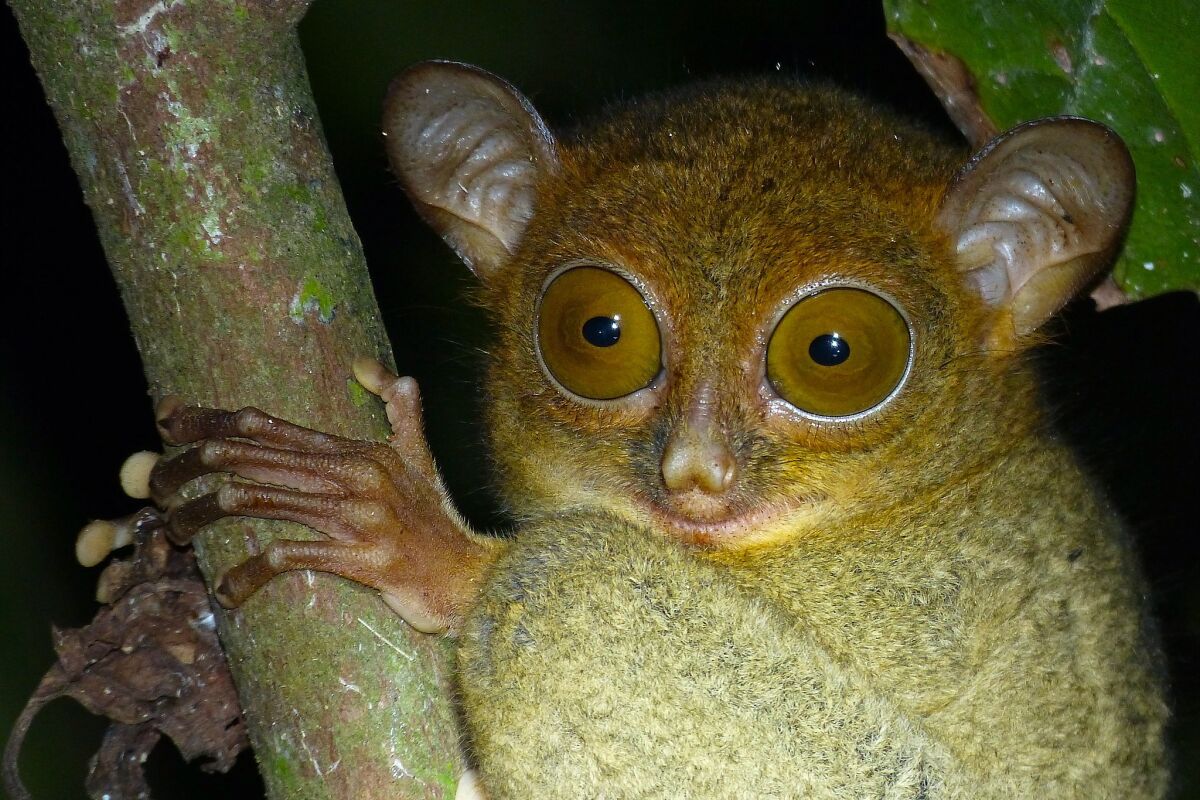 It’s a cute mammal! It has big eyes! It also represents, in one furry photogenic bundle, many of the issues we’re discussing here. At least 30% of its habitat has been destroyed in the last 20 years - about three generations for a tarsier7. Because it’s small and furry, it makes a popular pet, so is also collected for the illegal pet trade.

To add insult to injury, it’s often falsely accused of being a pest to agricultural crops. In fact, it’s 100% carnivorous, and eats insects and small vertebrates - including crop pests (and - bonus! - poisonous snakes). This leads us to another reason that biodiversity is important - you never know what’ll break the food chain, and you don’t know what’s helping you to survive.

All creatures and plants depend on other creatures and plants for food, pollination, digestion, eating pests and fungus that might otherwise build up and cause harm, and for breaking down dead matter to release nutrients for fresh growth. The sudden disappearance of one species, however tiny, causes ripples.

Ecosystems can adapt - but adaptation takes time. Individual creatures can only succeed if they have a similar enough alternative to survive with in the meantime. So it’s best to avoid suddenly wiping out bits of a system that everyone depends on, especially before you understand how that system really works. 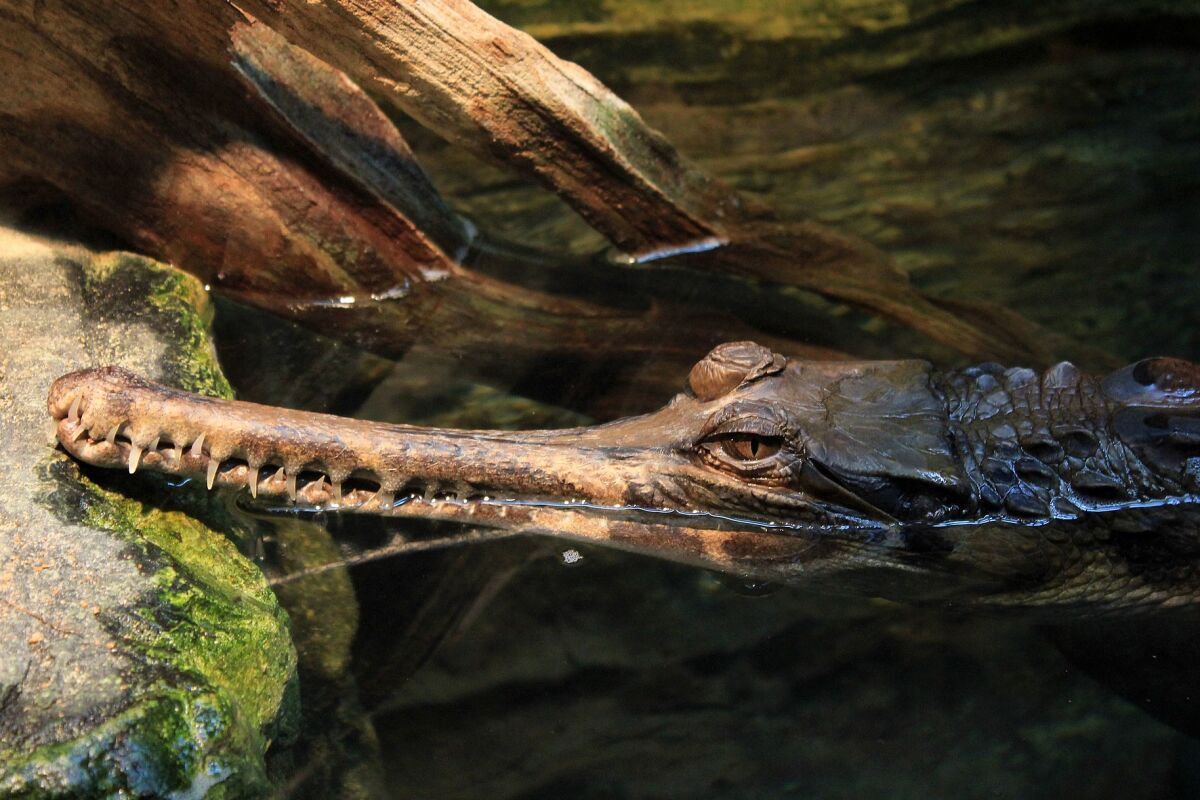 A crocodilian with ‘vulnerable’ status, the False Gharial (FG for short) is definitely not cute or fluffy, but has made our list because it reminds us that other Bornean habitats are at stake along with the rainforests. It also underlines the message that help comes from unexpected places, if you give it half a chance.

When you imagine Borneo, how close is your image to that scene in Jurassic Park when they’re resting in the giant tree? Massive prehistoric-looking tree trunks, vines everywhere, jungle canopy stretching out beneath you? Probably smells of warm mulch?

There is quite a bit of that (minus the brachiosauruses, sadly), but the island has other important habitats which are also threatened. FGs live in freshwater lowland swamp forests, rivers, and peat swamps. Their food ranges from fish to small monkeys, but as these decrease the very hungry not-a-crocodile sometimes tries to eat livestock, and in one case a farmer8 (spoiler: the farmer didn’t make it).

As food grows scarce and the swamps are drained for human use, the FG population is drying up as well. Some might say that we’re better off without crocs - they’ve been around as a species for about 30 million years, and they can be a threat to humans, so perhaps their time is up.

But... perhaps not. Crocodilians are renowned for having exceptionally strong stomachs. They can safely digest creatures which have died of natural causes, including diseases (such as anthrax) that would kill other scavengers. As a result, infection is contained, the rivers are free of rotting flesh.

Over their millions of years of evolution, crocodilians have developed highly effective immune systems, too. Their blood can destroy entire colonies of bacteria9, and in recent test-tube experiments, purified blood extracted from saltwater crocodiles significantly inhibited the growth of HIV-1 in a test-tube10. Even if you don't care a jot about the animals for their own sake, we've only just begun to discover how they can help us.

Oh go on, then! Here's a gratuitous orangutan photo, taken by our very own Martin G on a recent inspection trip: 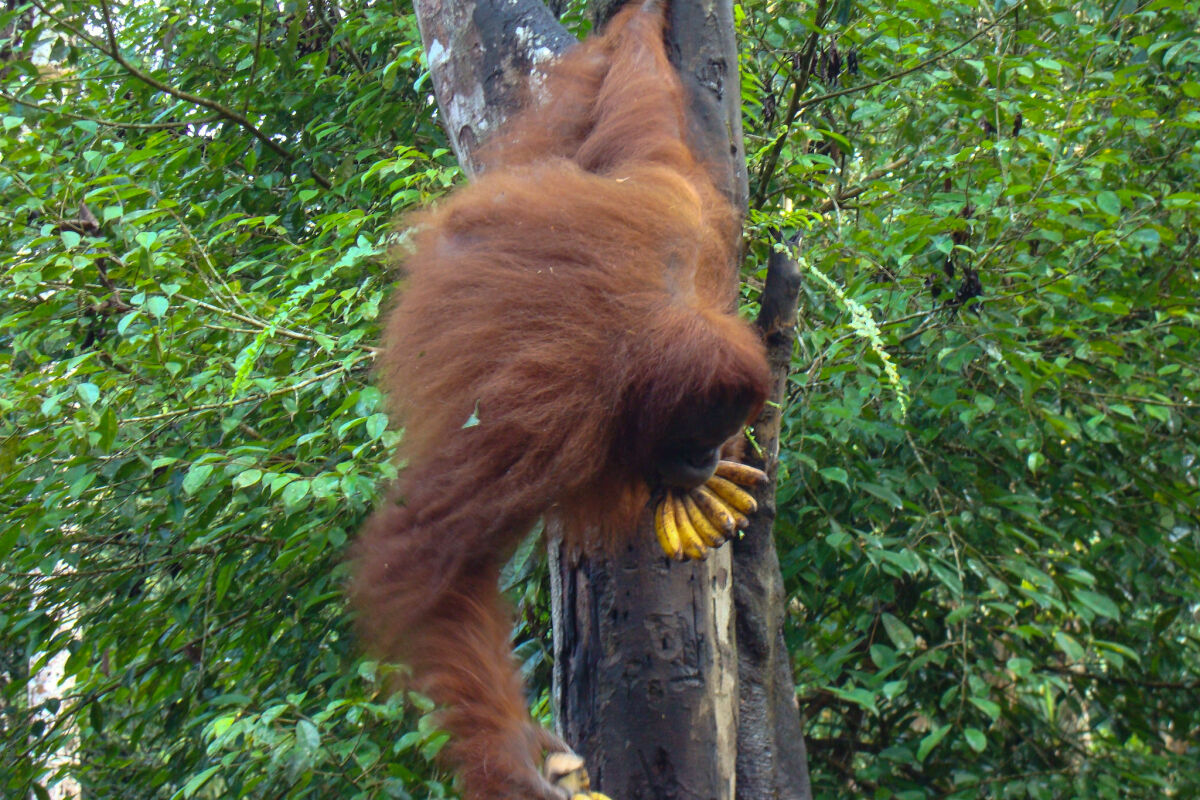 If you’d like to see how Selective Asia put our money where our collective mouth is to support Asia’s habitats and their communities, please click through to our wildlife projects page and Responsible Tourism page.