Remarkable old architecture can be found throughout all our destinations, including entire cities built by dynasties that have long since fallen. Several of Asia’s ancient cities are still lived in to this day, and many are protected by international law.

Angkor Wat, the quintessential Asian wonder, is almost too obvious to list here - for a while it was the only reason people visited Cambodia, although recent eco-tourism innovations have changed that. Angkor’s famous citadel is the world’s largest religious building, but the Angkor Archaeological Park extends over 150 square miles, preserving ingenious urban Khmer infrastructure that was built between 1,200 and 700 years ago.

It’s a good place to start, but if you’ve ‘been there, done Angkor’, here are six more ancient cities in Asia that deserve your attention. 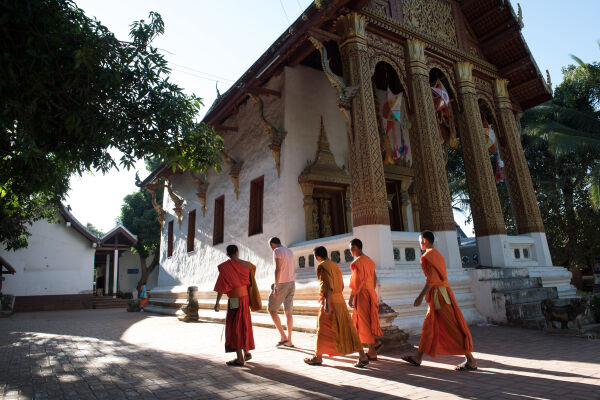 Luang Prabang, which graces the Mekong riverbank in northern Laos, first rose to prominence 1,400 years ago and has been significant ever since, as the capital of kingdoms, a major waypoint on the Silk Road, and glittering prize in an onslaught of colonialists and occupations.

As such it’s no surprise that this is an interesting city, but it helps that it’s survived so beautifully in tact, with 19th and 20th century European architecture fusing stylishly with the historic Laos buildings around it. This is a deeply spiritual city, too, with many active monasteries - processions of alms-seeking Buddhist monks are a daily sight. The entire old town is protected from inappropriate development by UNESCO, and the sense of peace and laid back tranquility here is very welcome.

Apart from being stunning and relaxing, Luang Prabang is also very conveniently located for taking boat and kayak trips up and down the Mekong River, and excursions to nearby sites like the Buddha-crammed Pak Ou Caves.

You can find comprehensive weather information for Laos here. 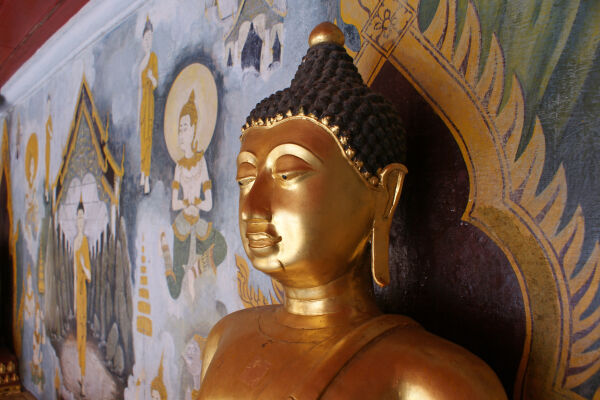 800 years ago, what we now know as Thailand was divided between several flourishing kingdoms, with Sukhothai in the middle.

Sukhothai’s first capital was called - erm - Sukhothai, and if you’re attracted to classic Thai elegance, this ruinous old town should delight you - its sculptures and buildings were the birth of that archetypal Thai aesthetic.

The Thai alphabet was invented here, too, and the Sukhothai Kingdom’s heyday is seen as a golden age in Thai history.

The ‘old Sukhothai’ Historical Park contains the royal palace, 26 beautiful temples, and the contemporary Ramkhamhaeng National Museum, which displays antiquities and examples of what is probably the earliest Thai writing. The park is protected by UNESCO, and its buildings have been maintained using traditional methods for their entire 1,000 year existence.

The town of ‘New Sukhothai’ or Sukhothai Thani is where you’ll sleep when you visit, but it’s otherwise unremarkable. The area is around 260 miles north of Bangkok, and the nearest airport is 16 miles away, but roads are good and local transport can be arranged. The heritage park itself is easily explored on foot or by bike. Dry season runs from Nov to June, with temperatures peaking between March and May.

Symbolic of Vietnam’s unification in 1802, when it became the nation’s capital, imperial Huế sits between Hanoi and Ho Chi Minh City - not exactly halfway, but near enough. On the border dividing North and South Vietnam during the Vietnam War, the city was especially vulnerable during that conflict, with hundreds of residents slaughtered and many buildings damaged.

Some of Hue’s 200 year old feudal citadel survived, though, albeit with bullet holes, and is one of few examples of pre-Colonial architecture in a country now very much focused on the present, and independent progress.

Huế’s natural setting is stunning, sheltered by green mountains and defined by the placid Perfume River as it meanders through. Add to this the nearby warm sandy shoreline, and you understand why the Nguyen dynasty felt this was an auspicious site for their seat of power. Their citadel contains royal palaces and military buildings, and beyond its walls you can find carefully aligned pagodas, monuments, and the tombs of emperors. The entire complex is afforded UNESCO world heritage status.

The city is very easily reached, either by train from Hanoi or HCMC, along the Reunification line, or via Phu Bai International Airport. It’s warm and dry here between January and August, with rain peaking in October and November. 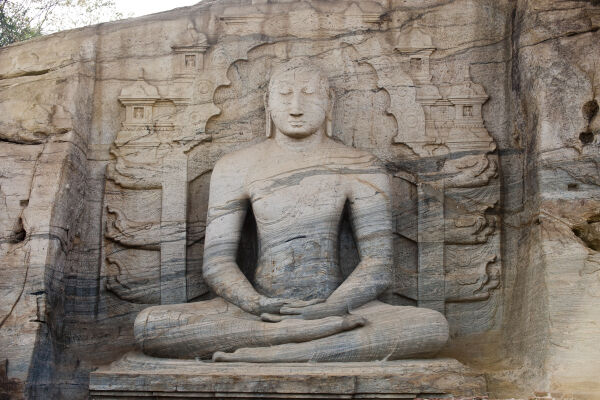 Second capital of Sri Lanka and astonishing in its scale and ingenuity, Polonnaruwa begun its ascent to glory in the 10th century, reaching a golden age during the reign of legendary king Parākramabāhu the Great.

This ambitious leader unified Sri Lanka and created impressive reservoirs and canals that not only kept Polonnaruwa’s enormous population alive, but thriving, in a lush garden city, defying the long dry seasons that scorch central Sri Lanka every year.

Parākramabāhu’s irrigation works were so well designed that they still water the region’s paddy fields today, and many of his city’s stupas, palaces, rock sculptures and Buddhist shrines survive as elegant ruins, protected by UNESCO.

Polonnaruwa is reached by road - you’ll explore the ruins on foot or by bike. Rainfall is high in November and December, but for the rest of the year the Cultural Triangle is fairly arid, with hot winds likely in June and July. 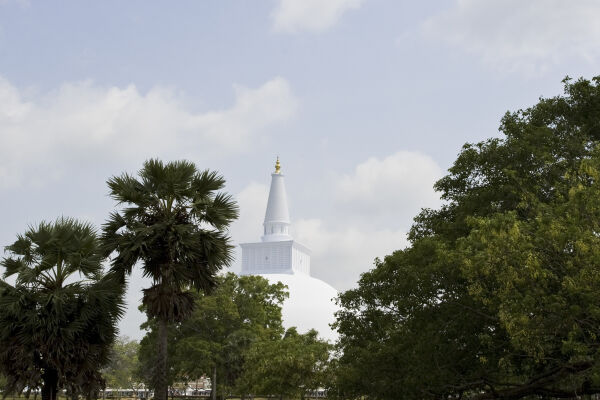 The oldest city on our list, Anuradhapura has been around for at least 2,500 years, with archaeological records hinting it’s a good 500 years old than that.

Situated in Sri Lanka’s heritage-rich Cultural Triangle, Anuradhapura used to be capital of the Sinhalese kingdom - one of the island’s most ancient peoples. For centuries the city was also the sacred centre of Theravāda Buddhism, which is predominant across Cambodia, Laos, Myanmar, and Thailand as well as Sri Lanka, and is still one of Buddhism’s most significant shrines. Its Bodhi tree, planted from a sacred cutting in 288 BC, is still alive after 2,303 years - it’s the oldest known fig tree in the world.

Many of Anuradhapura’s temples, shrines and monuments are thousands of years old too, including some that are still in use - the Ruwanwelisaya, a temple built in 140BC, is one of Buddhism’s most sacred stupas, and Thuparamaya enshrines the Buddha’s collarbone. Others make for very picturesque ruins. A series of ingenious ponds and reservoirs lay scattered through the landscape, and superb carvings and artwork can be seen across the city.

Aside from a high rainfall in November and December, conditions remain fairly arid throughout the year, although visitors during June and July may experience the hot, strong winds that help keep the south-western monsoon at bay.

Bagan might be the best known ancient city in Myanmar, and its scale is certainly impressive. Mrauk-U, though, is one of Myanmar’s most important cultural highlights, and because it’s still being excavated the site arguably has more mystique than its famous neighbour. Being smaller than Bagan, it’s also less daunting to travellers wary of getting ‘templed out’.

A river port near the Myanmar/Bangladesh border, the town’s location made it a key trading hub between the 15th and 18th centuries. Through Mrauk U, Myanmar exchanged influence with countries as distant as Portugal and Holland.

During its heyday, the town also became an important centre for Buddhism, hence the 200 or so temples, shrines and other archaeological sites that are the real reason to visit - some are beautiful, some are downright weird - the most important temple contains a maze of corridors full of some 80,000 statues of Buddha.

The town has several reasonable hotels and a number of restaurants. You can drive there, but our favourite way to travel to Mrauk U is by boat from Sittwe. You can watch our video of this journey here: