The prestigious Michelin Restaurant Guide has recently bestowed a handful of stars on streetfood vendors across Asia, shining a much-deserved light on this diverse and often under-recognised area of cuisine. Here's our low-down on those Michelin-starred streetfood treasures, along with some of our own hidden gems. Let us know what you think if you seek them out on your next trip. We'd also welcome any recommendations of your own! Though a few restaurants outside the ‘fine dining’ arena have been awarded a star in the past, the 2016 Michelin Guide to Singapore saw the first stars awarded to genuine streetfood hawkers - and they really caused a stir by choosing two! One was Hong Kong Soy Sauce Chicken Rice and Noodle, a stall selling a simple selection of soy-sauce chicken, rice and barbeque pork, which turns out a dizzying 150+ lunch servings each day. At under S$4 per dish, this is said to be the cheapest Michelin starred meal in the world, and the modest owner has said he has no intention to raise prices and capitalise on his fame. Already a popular joint before being mentioned in the Guide, the star has increased queuing times to up to 2 and a half hours, so get there early.

The other Singapore streetfood hawker to get a star was Hill Street Tai Hwa Pork Noodle, a family-run noodle bar specialising in bak chor mee (minced meat noodles). The iconic vinegary tang of this signature Singaporean dish is more-ish to say the least, and many variations can be found across the city - but this one stood out from the crowd. If you want to give other variations an equal shot, perhaps do a taste test of this dish from different vendors across the city and see if you agree that this is the best? Lots of bak chor mee is a win, either way!

Special mention: Michelin organises an annual Streetfood Festival each year in recognition of the city’s many thousands of vendors, giving the very best a chance to showcase their cuisine under the Michelin banner. Well worth checking out if you’re in Singapore over the festival weekend.

The long-awaited Michelin Guide to Bangkok is hot off the 2018 press. As anticipated, it includes a selection of the city’s famous streetfood vendors in the guide’s Bib Gourmand section (which lists ‘exceptionally good food at moderate prices’), but only one received a star: Jay Fai’s shophouse. This well-loved stall has been overseen by its enigmatic owner for decades, and Jay Fai herself has become something of a local legend. Standing over a huge wok, wearing goggles to protect her from the hot oil, Jay Fai turns out her delicious crab omelette (khai jeaw poo), pad kee mao talay (drunken seafood noodles) and poo phad karee (yellow curry with crab) to hundreds of eager eaters. Though considered expensive for streetfood, her loyal customers say it’s well worth the cost. However, as of Jan 2018, just weeks after the Guide’s publication, Jay Fai has apparently said she’s thinking of relinquishing the honour, as it has made business difficult to sustain! Lets hope she carries on serving up her unique brand of world-class home cooking for many years to come. 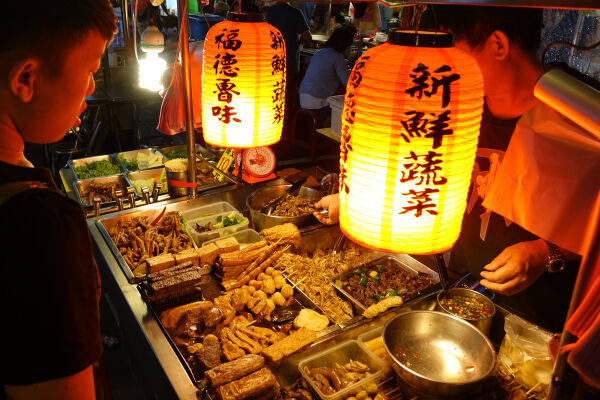 Taiwan’s profile on the international food scene continues to grow and flourish; a phenomenon recognised by the first Michelin Guide to Taipei, which was published this year. This guide really demonstrates where the Bib Gourmand section, and the newly-minted L’Assiette Michelin list, come into their own, with several of the city’s excellent streetfood vendors getting a mention there. Try Michelin-rated Fuzhou Black Pepper Buns in Songshan, herby Hai You pork rib soup in Shilin, vegan ‘stinky tofu’ in Zhongzheng, and comforting beef noodle soup in Da’an, and eat your way around the city! Although not actual streetfood, Ming Fu is a tiny, rather modest eatery which serves traditional dishes to an excellent standard, and has been awarded a Michelin star. Nook early if you want to sample their signature braised chicken with pickled gourd - they only have six tables! 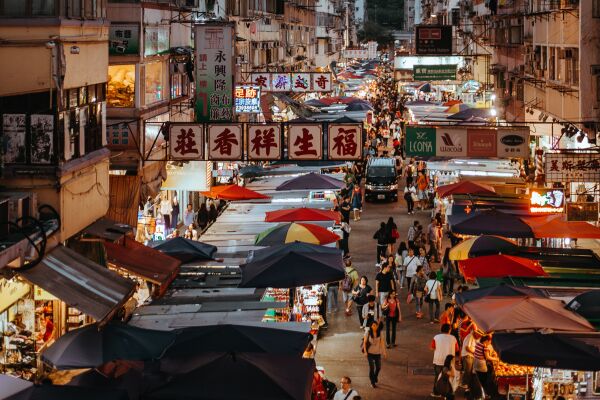 In Hong Kong’s high-speed metropolis, there is no shortage of Michelin-worthy fine dining and innovative global cuisine (with stars awarded accordingly), but since 2016 the Guide has included several of the city’s streetfood vendors too. Like Taipei, many of these popular streetfood stalls appear in the Bib Gourmand and L’Assiette sections of the guide, away from the more well-known stars but with just as much local buzz and plenty of flavour. Mammy Pancake, which serves up comforting bubble-wrap shaped waffles flavoured with matcha, red bean and classic sweet egg, and Fat Boy, dishing out marinated meat and fish skewers from a ‘hole in the wall’, are both worth a visit for fast food on the go. Grab some Bib Gourmand listed noodles from Ramen Jo in Causeway Bay or Eng Kee Noodle Shop in Sai Ying Pun, or opt for innovatively-filled dumplings from Ah Chun Shandong Dumpling. If you’re really after that star experience, head for Tim Ho Wan dim sum and try as many of their 25 dfferent bite-sized treats as you can eat!

The Michelin guide to Seoul keeps most of its stars to pretty ‘haute cuisine’, reflecting the exciting and innovative explosion of flavours having their moment in the South Korean foodie scene. This is a city where the Michelin Guide recommendations are a real bonus, as they point diners in the direction of eateries which, due to looking quite modest from the outside, give the casual observer little indication of the deliciousness within.

Many of these establishments are one-room affairs with just a handful of tables, which feel as welcoming as if you’d been invited to eat in the chef’s home. Sink your teeth into some meaty jokbal (braised pigs trotters) at the unassuming yet Bib Gourmand-listed Ogane Jokbal, or at Halmaejip where the original proprietor, Mrs Mun, still serves up her pork stew as she has since 1975 (occasionally giving diners tips on how to eat it correctly!). One of Seoul’s best-loved specialities, soy marinated crab, can be found served to Michelin-star standard at Keunkiwajip. Dig the crab out of its shell by hand for the full multi-sensory experience, or order the crab bibimbap for all the flavour with less of the mess. 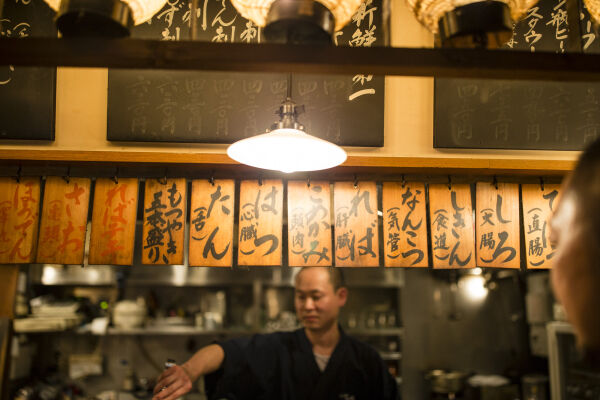 With some controversy over the years, Japan has been noted as the most Michelin-starred country in the Guide, with Tokyo retaining to top-spot as the most lauded city. Despite the debate, the Tokyo Michelin Guide certainly leaves diners happy, with plenty of recommendations for where to find exceptional cuisine on the streets of Japan’s capital city. Once again, thanks to Tokyo’s global status, there is no shortage of high-end restaurants serving everything from delicate sushi to fine French-style cuisine, but there are a few more homely options hidden in the list too.

Tsuta was the first noodle bar in the city to be given a Michelin star, and this compact 9-seater bar is the perfect place to get a bowl of savoury, sour and salty soba comfort food, Tokyo-style. For casual-style izakaya dining, take a seat at Yorozuya Okagesan where the dedicated owner-chef will serve you a bowl of heart vegetable broth containing whatever is good that day, alongside delicately flavoured rice balls. Simple, yet with Michelin-star quality. Kyobashi Tempura Fukamachi serves light, crisp morsels double-fried in sesame oil for a distinct flavour, and Sosakumenkobo Nakiryu carefully pairs each meat or fish broth with its noodle partner for the perfect ramen match. There really are hundreds to choose from, and we are always up for testing a newly-starred establishment - it’s a tough job...

Get in touch with our Destination Specialists to start planning your own Asia holiday.