When to go to Borneo

When is the best time to visit Borneo?

The best time to visit Borneo is during high season, between May to September, when days are dry and warm, although accommodation can be in short supply during this time. The wetter months in Borneo tend to be between November and February. Temperatures remain fairly constant year round with averages of 27-32°C and relative humidity of around 80%.

Find inspiration for your holiday to Borneo

Borneo weather & when to go

Pick a month below

Although there are peak months in terms of tourism (May – September), it is advisable not to put too much emphasis on weather prospects when planning a trip to Borneo!

Weather conditions are localised and complicated throughout Borneo, with one region receiving its highest rainfall of the year whilst another is dry as a bone. As with all tropical islands, climates are unpredictable and rainfall can occur at any time of year, with weather conditions often changing very quickly and showers turning to sunshine or vice versa in a matter of minutes.

Borneo benefits from year-round temperatures averaging between 27°C & 32°C, with a relative humidity of around 80% for much of the year.

Rainfall can exceed 4,000mm per year in pockets of Borneo, although in most destinations an average of 220mm per month is the norm. Generally speaking a peak in rainfall occurs between November and March, although even in these months rainfall can be sporadic, and it is difficult (in fact impossible) to pre-determine which will be the wet weeks and which will be the dry.

Furthermore there are many benefits of lower visitor numbers to be enjoyed in the traditionally wetter months, and the National Parks, wildlife sanctuaries, jungle lodges, caves and dive sites may be far more appealing with fewer fellow visitors to share your experiences with. 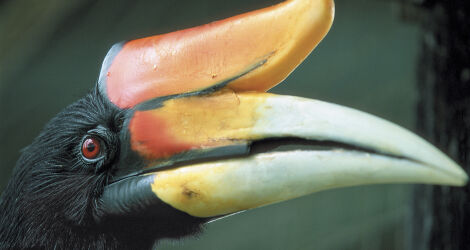 The distinction between the wet and dry seasons is more marked in Sarawak than in Sabah with the highest rainfall in January and the lowest in June and July. Temperatures remain fairly constant throughout the year and average between 23°C and 32°C depending on both location and time of year.

The beaches near Kuching on the coast of Sarawak have a distinct drier season between April – September, and are virtually guaranteed rain during December and January.

Inland areas of Sarawak generally experience quite high levels of rain throughout the year, with a slight dip between June and August. It should be noted that the both Kuching and inland areas of Sarawak receive the highest levels of rainfall in Malaysia, and any visitors to the Iban people and Batang Ai are likely to see some rain. To keep rainfall in perspective, Sarawak experiences roughly 250 rainy days every year and it is therefore better to be prepared for rain than try and avoid it.

Broadly speaking Sabah has two seasons: the wetter season runs from September to January the drier season from February to August. However it cannot be stressed enough that the distinction between seasons is not very marked, and the weather patterns and rainfall levels are unpredictable. Sabah generally receives less rainfall than Sarawak and has uniform temperatures throughout the year with an annual variation of less than 2°C.

Rainfall in southern Sabah is lower than in the north, and falls quite evenly throughout the year, with just a slight dip in millimetres between February and April.

Due to its altitude Kinabalu National Park is always much cooler than the surrounding lowland regions.

Explore an untamed habitat concealing endangered animals, rare birds and plants with mysterious medicinal properties; all before steeling away for a remote island retreat.