Vietnam - Getting to know the Mekong Delta

Although it’s just a couple of hours by boat or car from Ho Chi Minh City, life in the Mekong Delta often seems a thousand miles from that bustling modern metropolis. Things here tend to move at a more sedate pace, and the Delta's friendly residents usually lead a far more traditional existence than their high flying city neighbours. 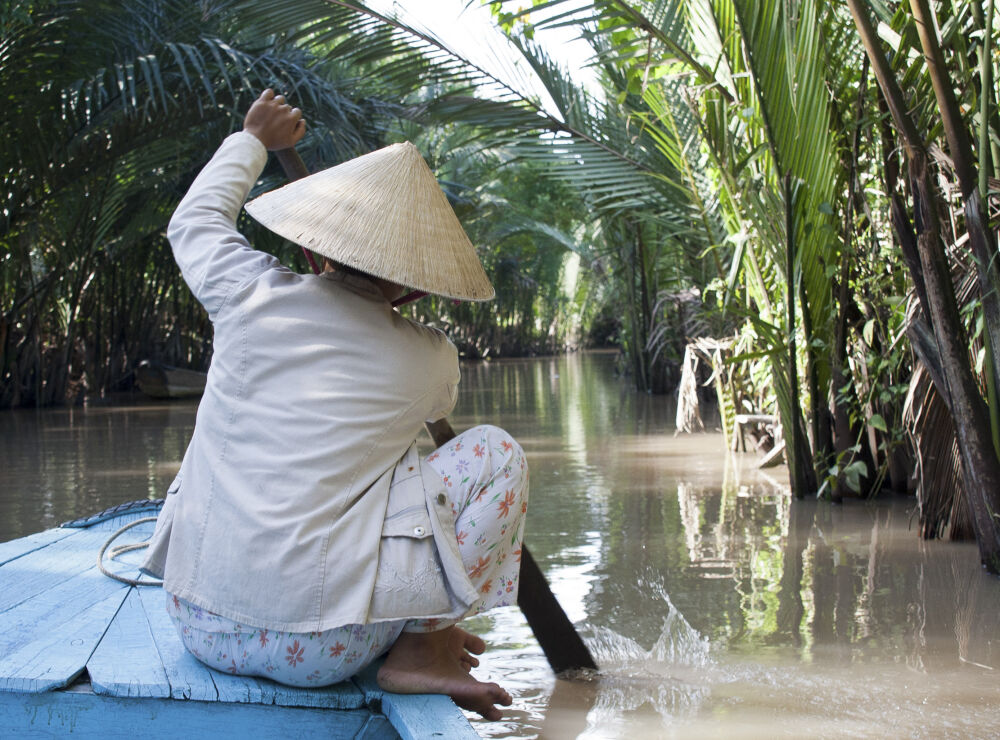 Known by Vietnamese as the 'Nine Dragons', the nine major waterways of the Mekong River's delta region extend all the way from the Cambodian border to the South China Sea. Outside the Delta’s main cities - Can Tho, Chau Doc, Vinh Long and My Tho - most people choose to build their homes on stilts along the many riverways that meander through the fertile lowlands.

Inaccessible as such a landscape might seem, the Delta is actually one of the most densely populated areas in Vietnam. Characterised as laid-back and welcoming, its people intensively farm as much of the region’s fertile land as possible. As you travel, you'll be surrounded by orchards, sugarcane plantations, rice paddies, fish and flower farms jostling for space amongst bird sanctuaries and National Parks.

What to do in the Mekong Delta

...of Vietnam's fresh fruit and vegetables come from the Mekong Delta region.

Many Delta people make their living by fishing the waters, and selling their catch at the floating markets.